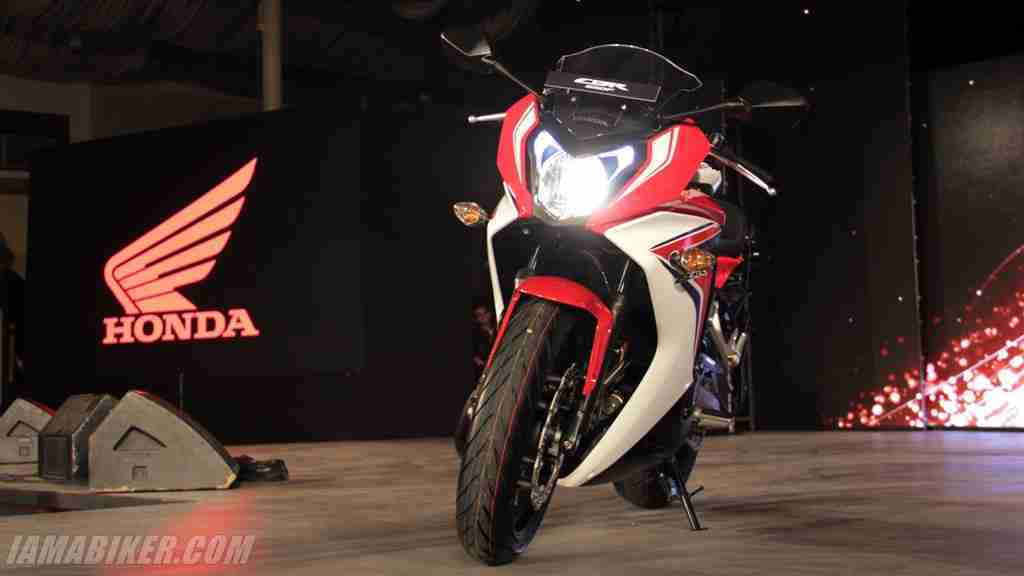 The Honda CBR650F for India made its official entry at the recently concluded Honda Revfest. A motorcycle that has been much awaited and speculated about in the recent past after it was announced for India at the 2014 Auto Expo. Pricing wise we were expecting a better deal as Honda had announced at the Auto Expo that they are targeting for a sub 7 lakh ex-showroom price. In the end the Honda CBR650F price was announced at Rs. 7,40,258/-ex-showroom in Bangalore. This works out to an on-road price of 8.49 lakh in Bangalore. Rather steep pricing if you consider the fact that you have motorcycles in the same competing segment priced way cheaper and motorcycles in the next segment just a stone’s throw away. But yes the Honda CBR650F in some ways is in a segment of itself. A full faired in-line four cylinder that looks decent and has good power figures and comes with Honda reliability. Okay, so, enough nagging about the price, lets see what the motorcycles has to offer.

Engine wise, the in-line four cylinder 16 valve DOHC engine produces 86.47 PS of power at 11,000 RPM and 62.9 Nm of torque at 8000 RPM. Not too shabby. The high compression rate of 11.4 : 1 is a bit of a worry, as you would need to make sure you tank up with high octane fuel if you want the optimum performance the Honda CBR650F is capable of. The Honda CBR650F has a kerb weight of 215 kgs, a bit on the heavier side, but when you compare it with other motorcycles, say for example the Ninja 650 that weights 211 kgs, it’s alright. The riding position is slightly leant forward, but not very aggressive. The seat height of 810 mm also is again pretty much comfortable. ABS comes as standard and very welcome. Sadly though it will be available only in the one colour option you see here called the – Pearl Metalloid White.

Other key features include:

Apart from these the Honda CBR65F will be available at special Honda Wing Worlds located at Delhi (Naraina) and Mumbai (Sakinaka, Andheri East).