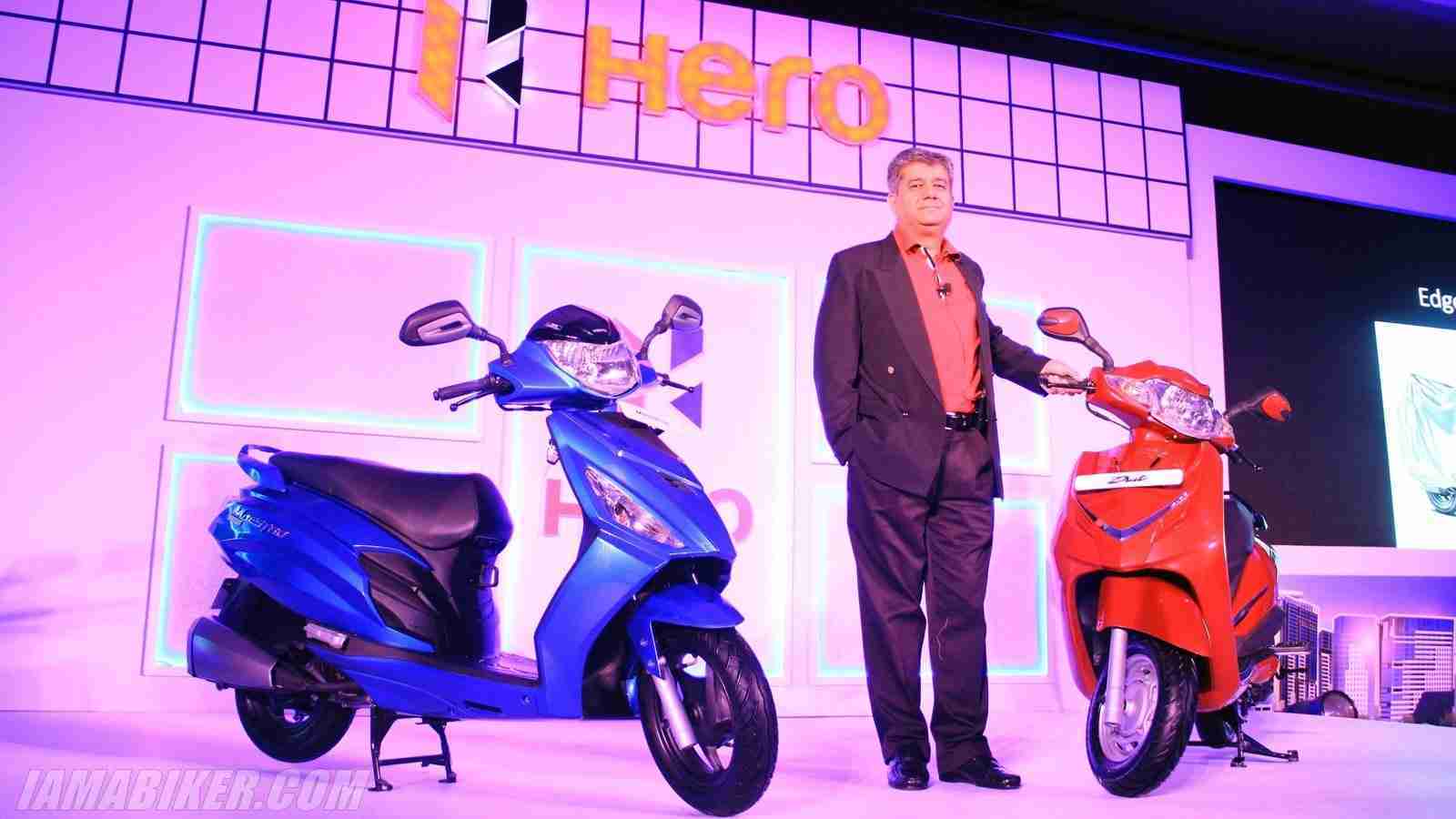 In a first for Hero Motocorp and in fact for many manufacturers a two wheeler was launched exclusively in the city of Bangalore. The Hero Duet and the Maestro Edge although unveiled couple of weeks back, the company had only announced the pricing details of the Maestro Edge. And now at the launch event in Bangalore the price of the Hero Duet has been announced at INR 48,400 for the LX version and INR 49,900 for the VX version. Both prices ex-showroom Bangalore. The Hero Duet ex-showroom prices for Chennai, Hyderabad and Kochi were also announced at the event. You can check out the photographs below for the prices in these cities.

Coming back to the Hero Duet, it really looks like an interesting option. Hero have managed to keep the kerb weight at 116 kgs even with a full metal body. The engine capacity is of 110 cc and produces 8.31 HP @ 8000 RPM and 8.3 Nm @ 6500 RPM. Numbers that are not very different from competition, even the mileage claim of 63.8 kmpl is pretty much at par with everything else out there. But where Hero wants to make a difference is in the value proposition it provides. The Hero Duet is filled with new and interesting features. You get an under seat USB port for charging, a remote seat release and fuel cap opening, a pass switch, a side stand indicator, parking lamps, tubeless tyres and a warning alert sound if you move the scooter with the fuel lid open.

The Hero Duet colour options are 6 in number and those include – Candy Blazing Red, Pearl Silver White, Grace Grey, Matte Nature Green, Panther Black and Vernier Grey. And like we said earlier the Hero Duet will be available in two versions, LX and VX, with the VX version being the higher priced one. Check out the Hero Duet and Hero Maestro Edge images below.