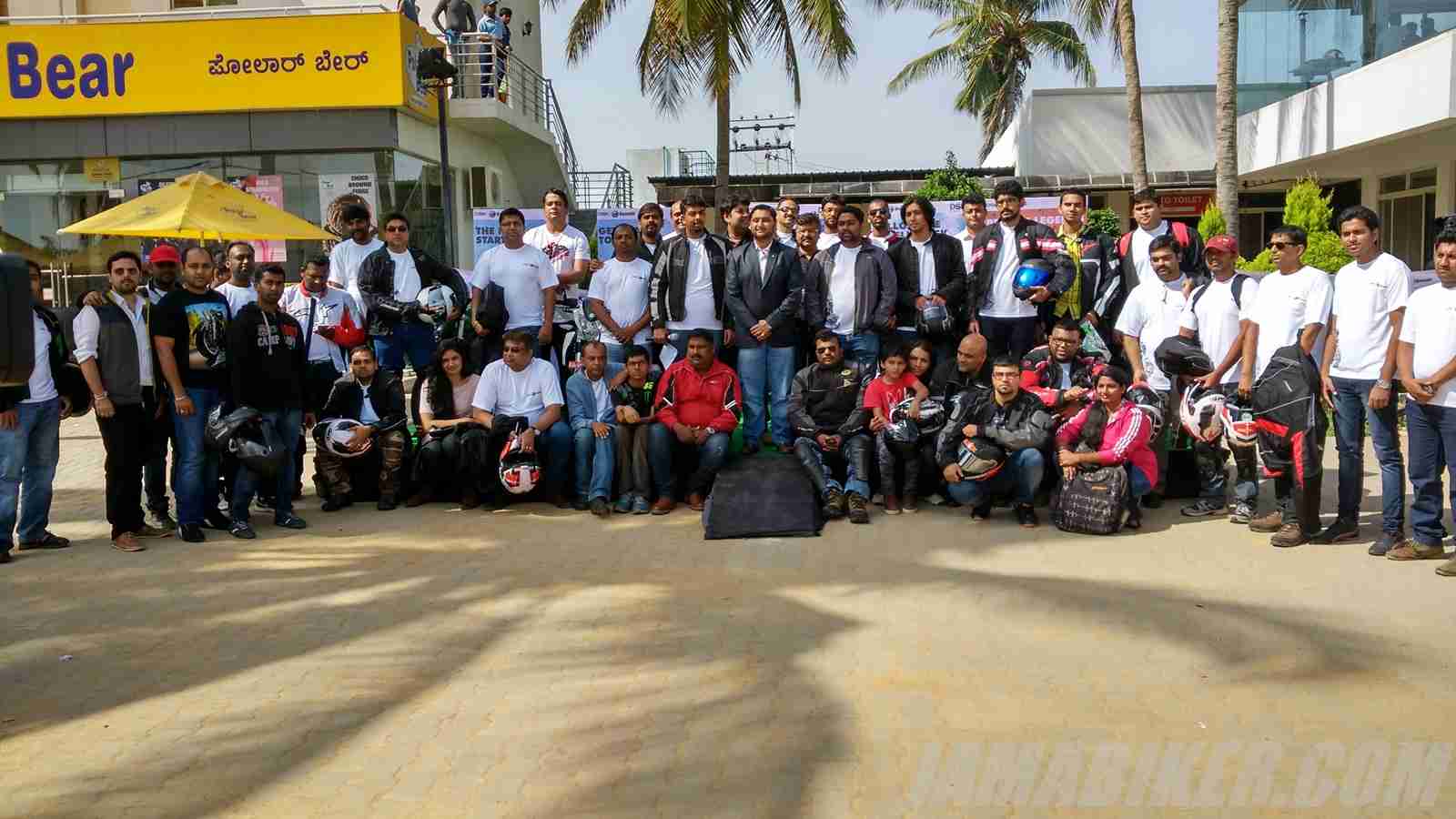 Bangalore has a reputation of being one the, if not the biggest superbike crazy city in India. And the city has chosen to prove that yet again. The DSK Benelli Bangalore showroom is hardly 3 months old and has already delivered 100 motorcycles of the iconic Italian brand. This is the highest number of sales done by any big bike brand in the country in 90 days. Of course such a mammoth achievement calls for a celebration and how else to do that other than to go for a ride. DSK Benelli Bangalore invited all the 100 customers for a breakfast ride to Kolar last Sunday and in fact the 100th and 101st bikes were handed over at the venue. Being a momentous occasion it saw the presence of Mr. Shirish Kulkarni, Chairman, DSK Motowheels, Mr. Shivapada Ray and in fact many from the DSK Benelli Pune team who were thrilled to join the Benelli customers for the ride.

Special occasion as it is, it got even special for us, as we were invited to ride along. The bike allocated to us was the Benelli TNT 600 GT, the big in-line four sports tourer. We will bring you the first ride report in the next couple of days. The whole event was well organised and it was a real pleasure to be part of the DSK Benelli Bangalore group. The Benelli customers from Bangalore where from all age group, young buyers who mostly went for the TNT 300 and the TNT 600i, slightly older folks going for the grand tourer the TNT 600 GT and then a mix of everything. It was a real pleasure to see some families riding together and also hear stories of dreams to reality from the DSK Benelli Bangalore owners. One thing that stands out and is a common feature among all the Benelli bikes is how the bikes sound, each better than the other. All in all a good day, and hope to do this again soon.