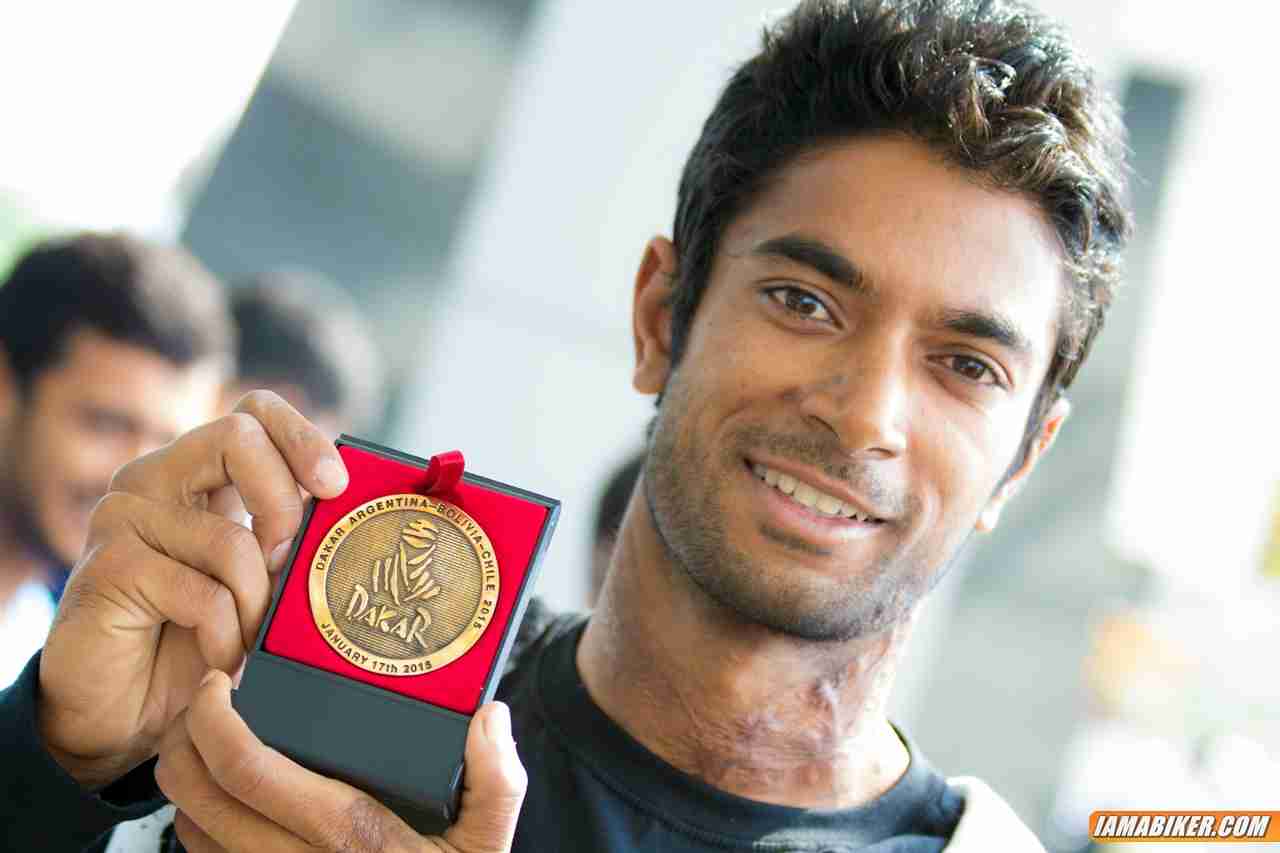 CS Santosh needs no introduction but his story does not start at the Dakar, it starts long before that. From having won championships in the Motocross and Supercross segment to becoming the highest ranking rider in the Asian circuit. He has raced in multiple countries, ridden with the best the world can offer and with the Dakar Rally he takes his life in Motocross to almost superhuman levels. With already sights set on the next Dakar CS Santosh came back home to a heroes welcome. At the Bengaluru International airport, fans and media had assembled at the arrival well ahead of time. Along came CS Santosh and the crowd exploded in cheers and claps. The simple man that he is, CS Santosh almost broke down in tears at the sight of this. Everybody assembled and took turns to congratulate the Dakar hero that has put India on the global map. Proud parents looked on as close friends soon had him on their shoulder carrying him out. CS Santosh had only one thing to say, a huge heart felt thank you for the support and that preparations for Dakar 2016 will begin soon.