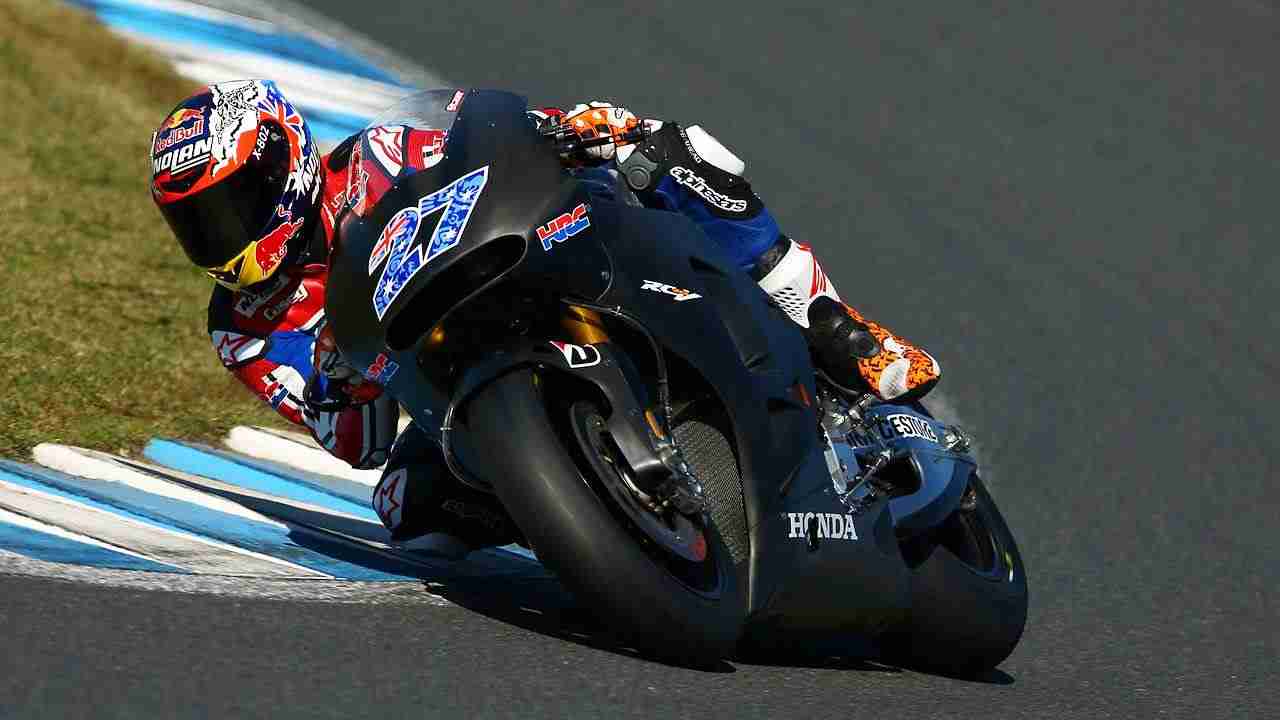 Casey Stoner is surely missed at the MotoGP; and while he totally retired from professional racing, he continued to test various RCV prototypes for Honda. The two time world champion still is Honda’s go to man when it comes to getting the right kind of feedback during development. Last year he worked on both the production racer as well as the 2015 factory prototype testing it on two occasions. This year he will be making two testing appearances as well. The first outing will be later this month at Sepang from the 29th to the 31st right before the official MooGP testing starts. This will be followed by a second test mostly mid season, dates of which are not yet announced.

Casey Stoner is sorely missed. While the reasons may be many for his departure, the sheer professionalism and aggression that he brought to every race made him a talent that was a pleasure to watch. His riding style was one that could adapt to any bike, a unique way that saw him do well all through his career on very different machines. We sure hope to see him wildcard at some point. It would be absolute madness to see him, his replacement at the Honda MotoGP team, Marc Marquez, and his arch nemesis Valentino Rossi battling it out.