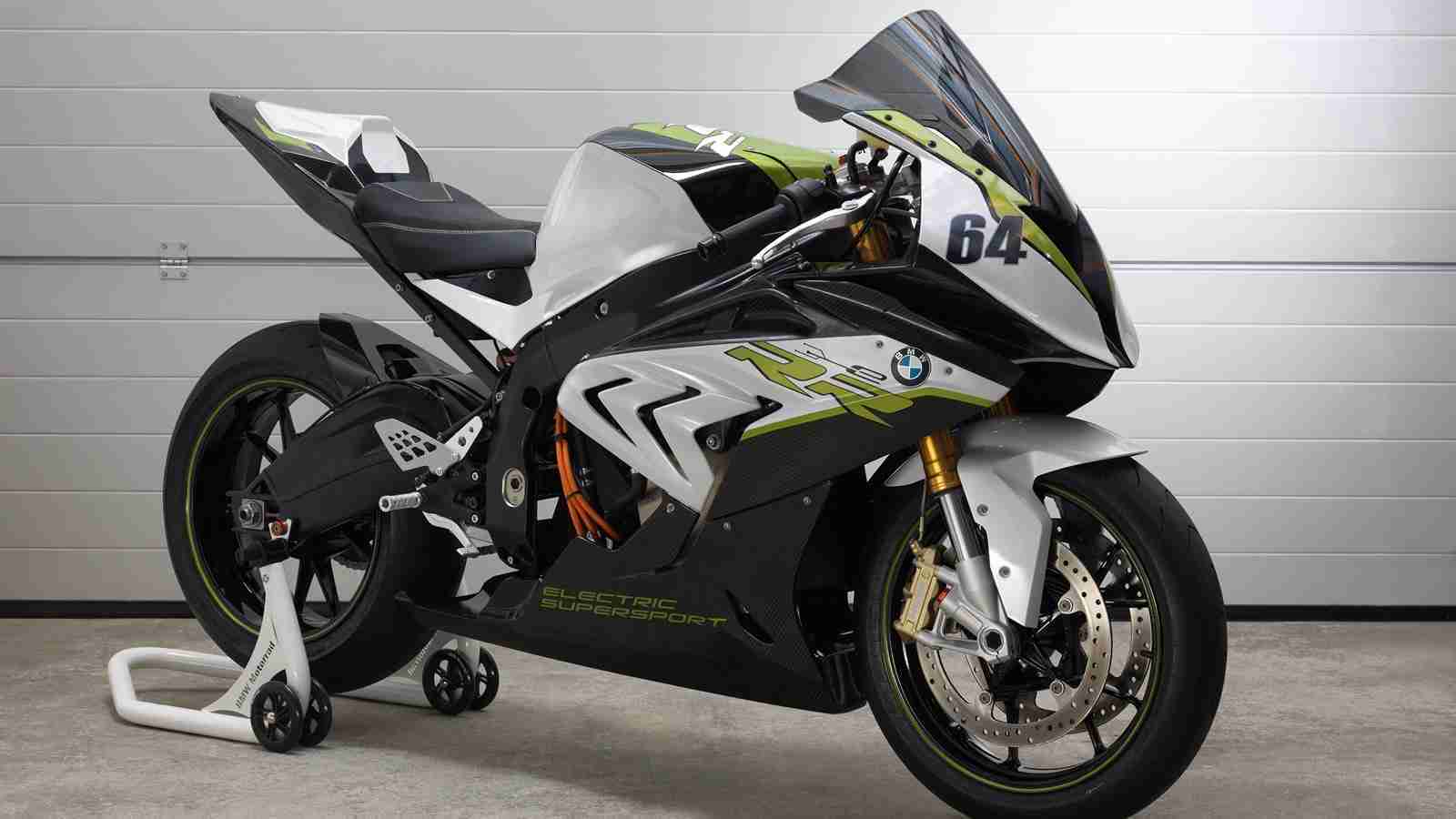 BMW Motorrad has just unveiled the BMW eRR supersport, a S1000RR with an electric motor. It is not a hybrid and not a half attempt to make an electric, but a full blown electric motorcycle that in all probability will annihilate your typical superbike in a straight line drag. Extending the company’s existing portfolio from the C evolution and the i3 and the i8, the eRR will be the first proper electric supersport from the company. The C evolution already has a very peppy electric engine that can sprint to the 60 kmph mark faster than your regular superbike so expect the BMW eRR to go even faster with its supersport pedigree.

The BMW eRR will feature a ton of aluminium and carbon fibre to keep weights down especially since the lithium ion batteries are going to push the weight high. Current battery technology is still far away from providing enough backup for innovative machines like these, so with more batteries crammed in, expect this supersport to be on the heavier side.

BMW have not launched any specifications yet, all they say is that they aspire to make sure that zero emissions and the fun need not be mutually exclusive. While we are expecting staggering performance figures, the weight and range would really be the factors to watch out for.

Stephan Schaller, Head of BMW Motorrad, spoke at the unveiling and had the following to say “Since their market launch, the RR is giving the creeps to motorsport athletes. If acceleration, handling or top speed – the RR is setting standards. However, if acceleration on the first metres, up to 50-60 kph is the point, the RR’s 199 bhp will have to admit defeat by another BMW product: the C evolution with its electric drive. We asked ourselves: What happens when combining a sport motorcycle and an electric drive? The experimental vehicle eRR brings the topic zero emission and electric drive on a new, more fascinating level.”