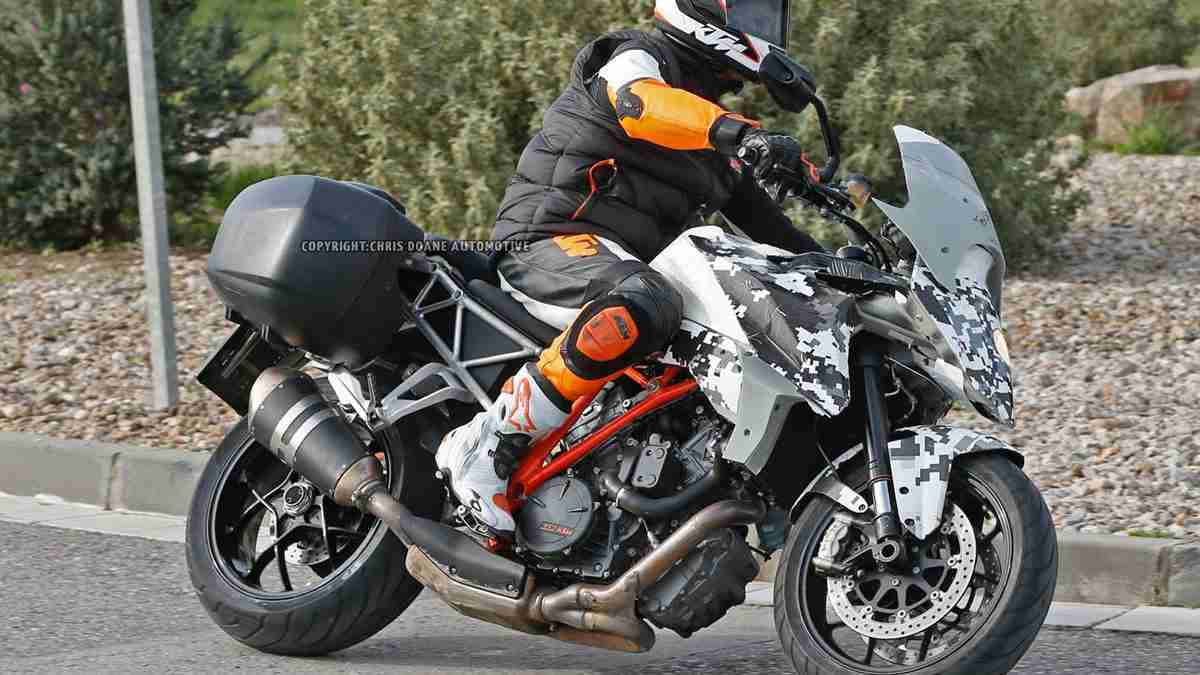 This is not the first time the 2016 KTM 1290 SMT has been spotted testing. Based on the naked 1290 Super Duke R, the SMT version will be the more tourer friendly version of the mad monster. Remove the obvious additions like the panniers and the camouflage cover, what is left behind is essentially the 1290 Super Duke R with better seats, higher and wider handlebars, a tall windshield, slightly different headlight design and what looks like a bigger fuel tank. The 2016 KTM 1290 SMT will of course have all the technical wizardry the Super Duke R has. That means, it will have a ride by wire system, riding modes, ABS, traction control and the usual super detailed meters found on an KTM. Power output is also expected to be the same at 180 HP, however we expect quite a bump in weight from the Super Duke R which weighs 189 kgs. There is a strong possibility that the suspensions might be electronically adjustable which is turning out to be the norm on the flagship tourers. But somehow we think it might take a miss.

Obviously since the bike is being ridden around with the panniers, one would expect that it is to test how the 2016 KTM 1290 SMT behaves fully loaded. With the Intermot and EICMA for 2015 nearing by the day, all manufacturers seem to be on a brisk pace to get their new motorcycles ready for the global show. KTM is also expected to unveil the 390 based adventure motorcycle at the EICMA this year. A motorcycle that is of particular interest in this side of the world. We in India are also waiting for the KTM 1050 Adventure. This motorcycle was supposed to come in early this year, but there seems to be some delay. With the EICMA and Intermot closing in, expect to see many more spy shots not just of the KTM’s but of other manufacturers as well.