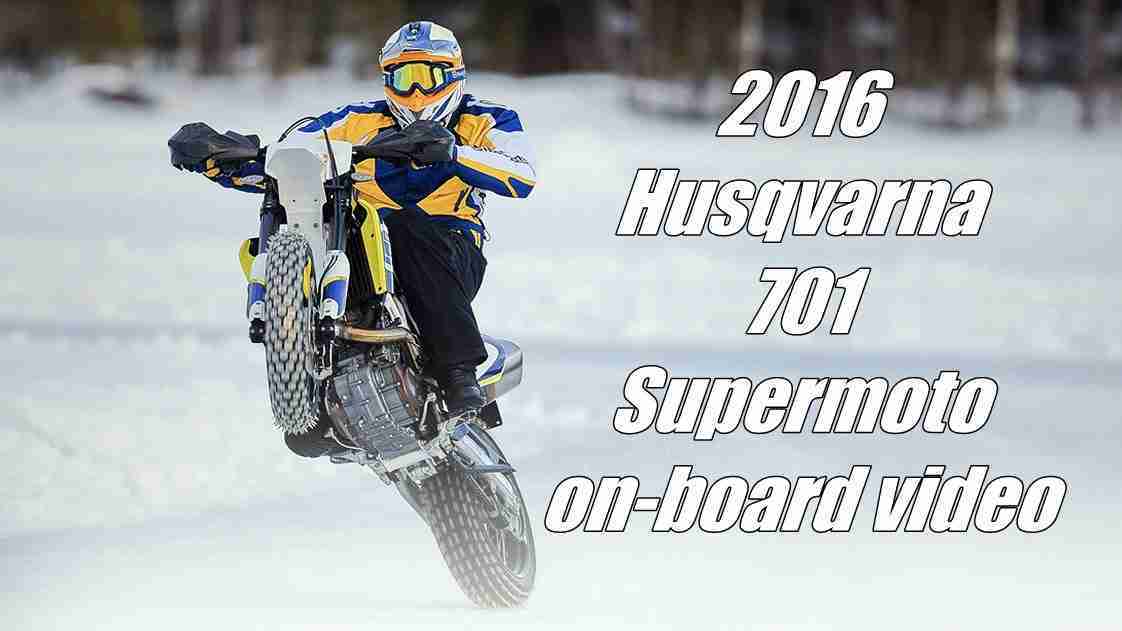 Technology wise the 2016 Husqvarna 701 Supermoto will come with ride by wire technology, a slipper clutch and the new Bosch 9.1 MP ABS system. This ABS system allows for independent working of the rear and front ABS systems. In this particular case, being a supermoto it allows for full rear lock while the front has full ABS functionality. The front suspensions are fully damping and rebound adjustable with a travel of 215 mm, while the rear is gas powered with a travel of 250 mm. Both suspension systems are from WP. The engine being pretty much the same as that on the Duke 690, expect a power delivery at 67 horses. Combine that power delivery with an expected kerb weight of 145 kgs, you just know keeping that front wheel down is going to be a tough job, nor is wiping that grin out of your face.

The latest video of the 2016 Husqvarna 701 Supermoto is an extension of the icy teaser we have seen before, only this time, it’s completely on-board footage. We leave you with the video below.