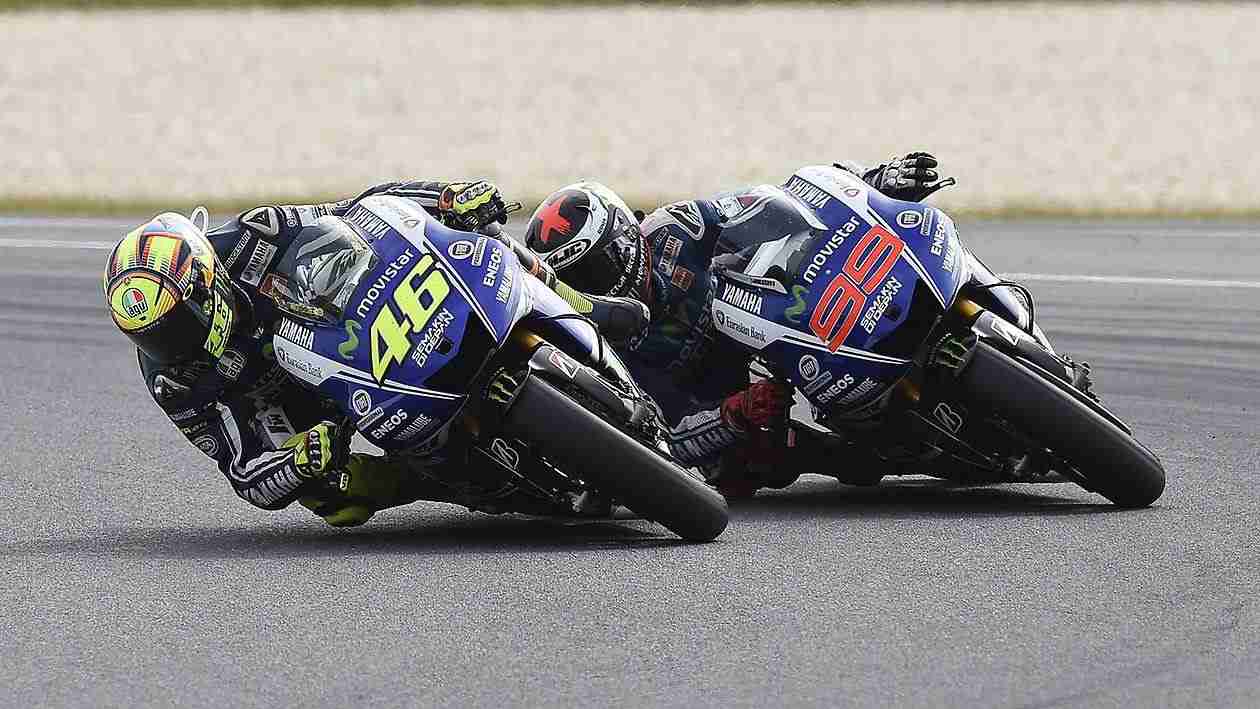 Movistar Yamaha MotoGP’s Valentino Rossi won his first race at Phillip Island in ten years as the Italian rider led a Yamaha clean sweep of the top three podium positions at the Australian Grand Prix. Rossi started from eighth on the grid but was able to make up positions in the opening laps of the race and by the third lap was in third position. Rossi then got involved in an entertaining battle with teammate Jorge Lorenzo and after trading places a few times with his teammate, eventually seized second place from Lorenzo with ten laps remaining. Rossi then found himself in the lead of the race after Repsol Honda’s Marc Marquez came unstuck at turn 10 on lap eighteen and the Italian rider went on to cross the finish line 10.836 seconds ahead of his Movistar Yamaha MotoGP stablemate Lorenzo. Finishing in third place for his first premier-class podium was Monster Yamaha Tech 3’s Bradley Smith a further 1.5 seconds behind Lorenzo.

2014 World Champion Marc Marquez’s first DNF of the season at Phillip Island sees him remain on 312 championship points while behind him, Rossi now moves into second place in the standings on 255 points. In third place is Lorenzo on 247 points with just two rounds remaining.

“I’m so happy because Phillip Island is one of the most important and most beautiful tracks of the season. I won here many times in the past, but over the last few years I was only able to get onto the podium without winning the race. To comeback and take the first position after ten years is great. It’s also great to see three Yamaha’s on the podium! The race was tricky. The work that we did during the weekend with the team was very important. We did a fantastic job and made the right front tyre choice. Marquez was not too far in front of me but he had a two second gap, so I decided to focus on my pace and on Jorge. He was very fast during the whole weekend, but for the second position in the championship it was very important to finish in front of him. When I was in front Marquez crashed and I said to myself “victory!”

“It’s a great result for Yamaha, because there are three of us on the podium. Our race on the other hand did not go as I expected to. We struggled a lot to get the best set up for the race. Everything needs to be perfect, but if you put on the wrong tyre the race is over. I’m happy for the second place. This has been the luckiest second place in my life, because there were a lot of riders that could have finished in front of me. Honestly I’m a bit disappointed because with a different tyre it would have been possible to stay with Marc and fight for the race. We’ll keep on doing our best to be in the best possible shape in Malaysia and try to win the race”.

“For sure it is a fantastic feeling to clinch my debut podium in the MotoGP class and I am so pleased to reach this milestone. Honestly, I wasn’t too happy with how I was riding at the beginning of the race, I made several mistakes and lost a few positions. Therefore I told myself to calm down, I improved and moved forward. It’s a bit unexpected to be on the podium in all honesty, but after having great pace all weekend, it is the dream way to complete all of the good work we have done recently. I passed the chequered flag and saw the team on the wall, so I thought that I was in fourth or fifth, but then I saw my name in third on the board as I came around the corner, which was an amazing feeling. Now we have closed the gap in the championship to sixth quite considerably, so we need to focus on this for the next two races. There is only a small gap between myself, Pol and Aleix in the standings, so we will aim to continue this great run in Malaysia and try to climb two more positions in the final standings. I must say a big thanks to the team who did a great job this weekend as well as to my sponsors for their support. Moreover, it’s a fantastic experience to complete an entire Yamaha podium and I can’t be anything other than grateful for their assistance!”

“Today, because I had no pressure on me, I tried a different approach pushing hard from the start to try to open the largest gap possible. We were having a good race, right up until the crash. It was a pity that I went down at a time that I was not riding on the limit or faster than the lap before. It was a race where there were many crashes, and almost all happened the same way: the front wheel locking up. The temperatures were down a lot, something that was also a factor today. It is better that this happened now, so that I gain experience for next year. You don’t always have the opportunity to try things out.”

“We had no luck today. I didn’t get a good start, I lost a lot on the opening two laps and I ended up in a position in which I was left exposed to what happened afterwards. When you are riding amongst so many riders in this part of the field there are always incidents, and today it happened to me. Fortunately I didn’t crash, but the bike was damaged and I couldn’t continue.”