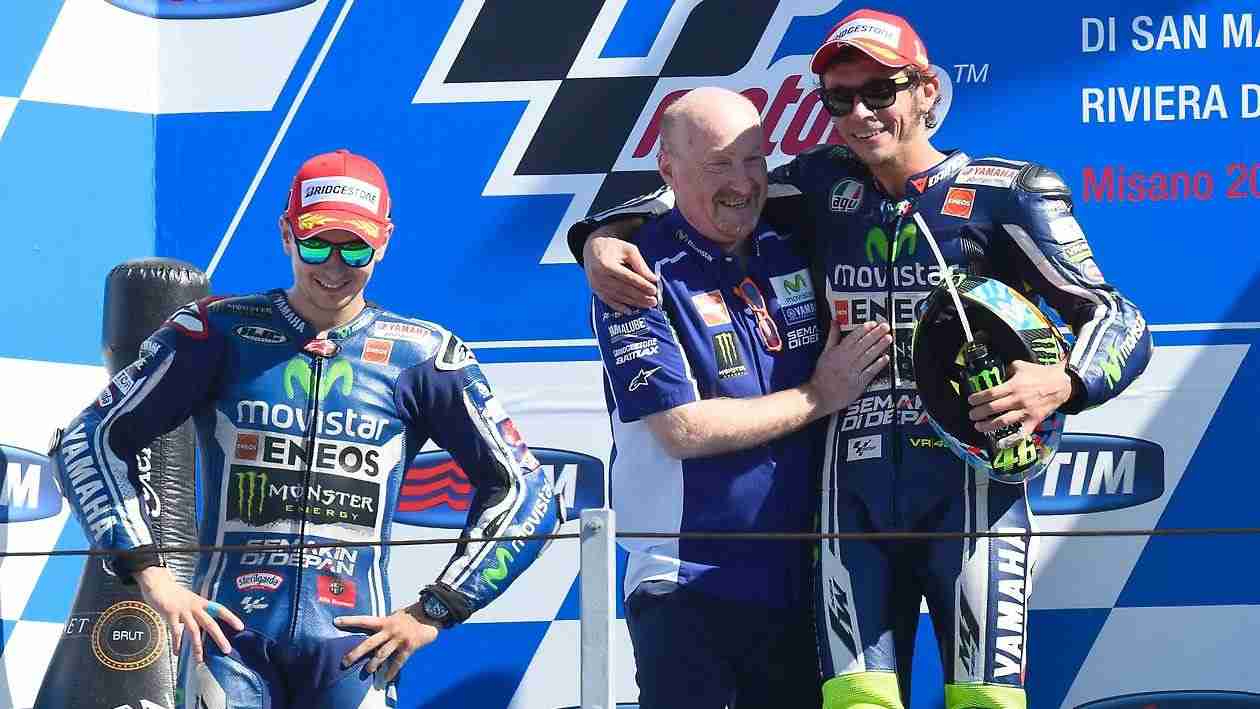 Valentino Rossi had the Italian fans rejoicing at Misano after the Movistar Yamaha MotoGP star won his first race of the season in an intriguing San Marino and Rimini Grand Prix. Starting from the front row, Rossi was engaged in a thrilling three-way battle for the lead in the early stages of the race with teammate Jorge Lorenzo and Repsol Honda’s Marc Marquez, with Rossi taking the race lead on the fourth lap. After fending off an attack from Marquez – who crashed at turn four while challenging for first place before re-joining the race – Rossi was able to build a gap over Lorenzo and ultimately crossed the finish line 1.578 seconds ahead of his teammate, with the pair ensuring a 1-2 finish for Yamaha. In third place at Misano was Repsol Honda’s Dani Pedrosa, the Spaniard crossing the finish line another couple of seconds behind the leading pair.

Although he only claimed a single point at Misano, Marquez still maintains a seventy-four point lead in the championship standings over teammate Pedrosa with five rounds remaining. Courtesy of his first win of the season Rossi closes the gap to Pedrosa to just two points as the battle for second place in the championship intensifies.

“I’m very happy for sure because it’s very special to win here in Misano in front of all the crowd and my family and friends. I’m very proud. I made it five years after the last time here, in the same way, fighting with Jorge. During the practice it looked like our Yamaha worked very well so we had a small advantage. I tried to the maximum and so I knew we could fight for victory, I knew for sure I would have to battle with Dani and Jorge and Marc. I tried to push from the start and at the end it was great to have the win more than one year later from my last. I always work hard and never give up and trust that days like this can happen. I have to say thank you to Yamaha, to all my team, to all my friends and all the crowd who support me, especially here in Misano.”

“It’s been a tough race for me because we finally took a risk with the harder tyre. I’m happy with another podium but a bit disappointed because we thought we could fight for the victory. Right at the beginning, despite a good start I felt the front tyre didn’t give me the confidence to lean and also on braking. In Brno we risked also changing the tyre and the result was good but here we struggled much more. For me it was impossible to get the victory. Even if I tried to push at the maximum, when I saw Marc crash, I knew Valentino had a better pace today. Valentino had a perfect weekend at home and he deserved the win, it’s unbelievable at the age of 35! I’m also happy for the team because it’s been a long time without a 1-2. All the Yamaha guys are working really well and the bike is more competitive race by race. I would like to win too but we will have to wait.”

“Today’s race was a very difficult one, and it was hard to do any more. Marc [Marquez] attempted to keep up with Valentino [Rossi] and Jorge [Lorenzo] but eventually he crashed trying –they were very strong here. This race also saw many problems for us with the front and rear, so there was little that we could do. From the opening laps I lost a lot of time in traffic, and that affected my entire race. I tried to do the best I could and still had difficulty sticking with Dovizioso, because he also lapped very quickly; eventually we were going as fast as the Valentino and Jorge. Now we have to take the positives from this weekend and hope that for the next race at Aragon, which is a track that I like, we have a better feeling and have a better race.”

“I’m happy with how today went, despite the crash due to my first mistake of the season, because yesterday I did not think that I would be capable of sticking with the Valentino [Rossi] and Jorge [Lorenzo]. They had a little bit more pace, and today we were able to get fairly close to them. I saw the possibility of fighting with Valentino for the victory, but that was not possible in the end because of the mistake; I was riding over the inside of the rumble strip and that meant that I lost the front. Luckily I was able to rejoin the race, continue with a good pace and score a point that could always come in handy in the future.” 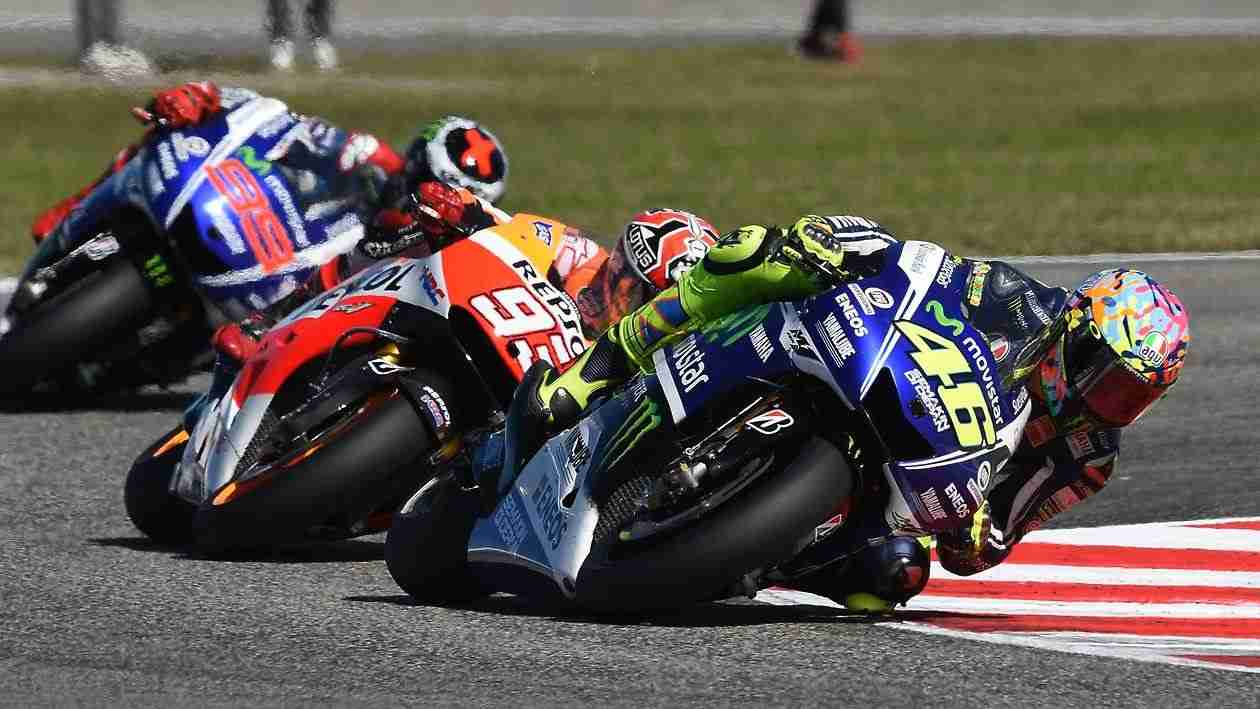