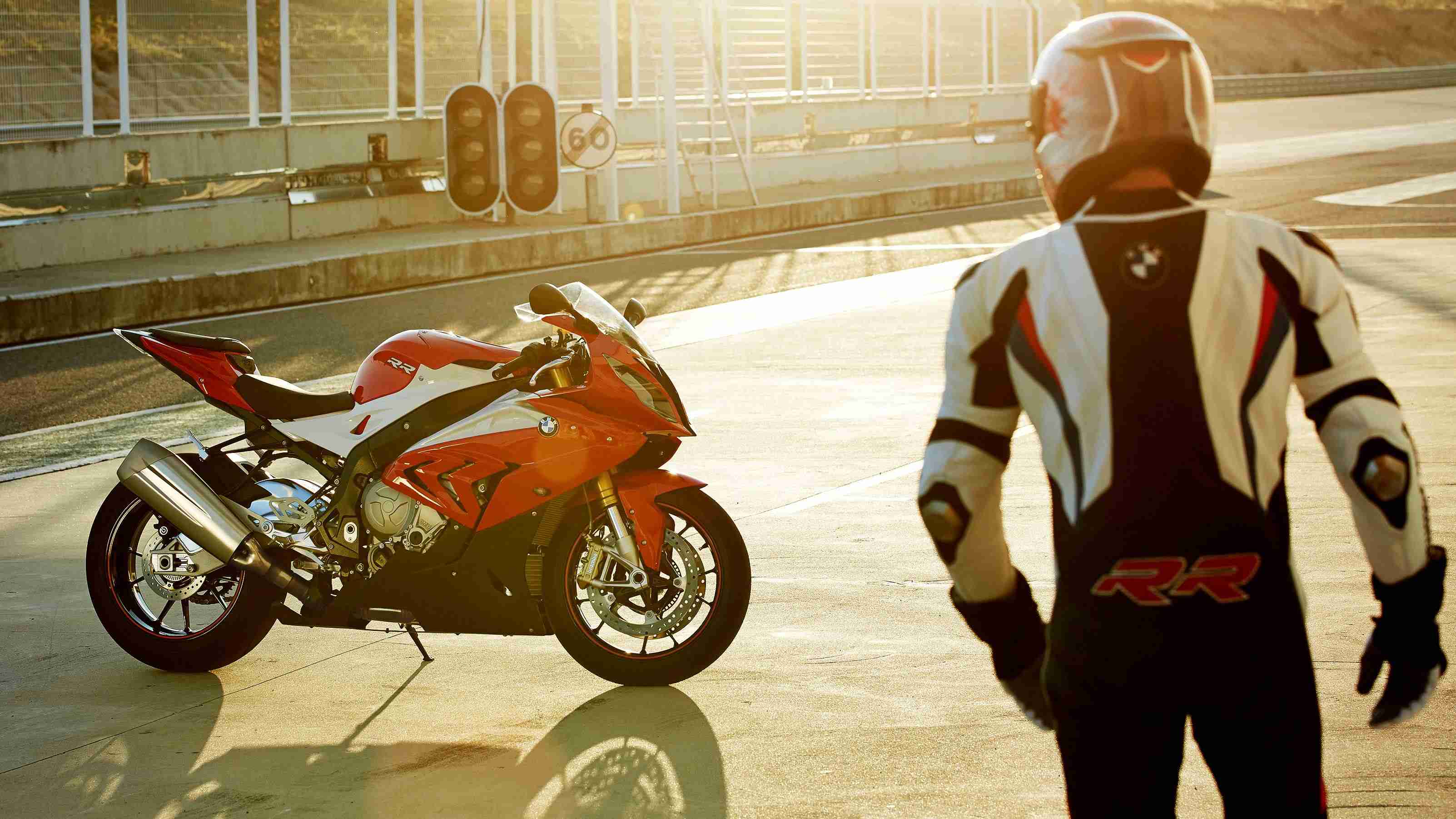 The new BMW S1000RR is receiving its world premiere at the Intermot 2014 motorcycle fair. With refined torque delivery and peak torque of 113 Nm (83 lb-ft), an increase in engine output of 4 kW (6 hp) to 146 kW (199 hp), plus a reduction in weight of 4 kg to 204 kg with a full tank of fuel and Race ABS (making allowances for equipment), the superbike that first debuted in 2009 is entering a new generation. Besides eliciting even sharper performance from the new S1000RR, particular attention was also paid to designing the bike to be even more rider-friendly. Whether it is used for everyday riding, flitting through bends on country roads or being put through its paces on the race track – the new S1000RR excels in every respect.

The enhanced performance of the new RR in terms of drive power can be attributed to the re-engineered cylinder head with new duct geometry, new intake camshaft and even lighter intake valves. Furthermore, an airbox with a modified capacity combines with an intake system with shorter intake lengths to make mixture preparation more effective than ever and give the new S1000RR added punch. A further key contributing factor to the improvement in power and torque characteristics is the new exhaust system, which now dispenses with a front silencer and weighs around 3 kg lighter. Rideability and response from standstill both benefit from an increase in torque upwards of approx. 5,000 rpm, a more linear torque curve, as well as a wide torque plateau that allows the rider to summon up almost maximum pulling power between 9,500 (112 Nm) and 12,000 rpm (113 Nm / 83 lb-ft).

New frame structure and chassis geometry for superior riding precision and even better handling. Further improved Dynamic Damping Control (DDC) from the HP4 as an ex-works option. Chassis-wise, the new RR has been honed with the introduction of a new, lighter frame structure offering an optimised blend of rigidity and flexibility. Together with the optimised chassis geometry featuring redefined values for the steering head angle, wheel castor, wheelbase and swingarm pivot point, it promises even better handling, increased traction and unequivocal feedback, particularly when riding at the limit. The tasks of wheel suspension and damping continue to be performed by fully adjustable spring elements, but with modified negative spring travel for more banking clearance and greater agility. As a factory-fitted option, the new S1000RR can also be specified with the new improved version of the electronically controlled Dynamic Damping Control (DDC) suspension – already familiar from the HP4 – that provides the basis for a chassis set-up with absolutely no compromises.

To enable optimum adaptation to the prevailing riding conditions, the new RR bike already comes with three riding modes as standard: “Rain”, “Sport” and “Race”. If the Pro riding mode option is selected, these can be supplemented by the two additional modes “Slick” and “User”. The Pro riding mode option also features Launch Control for flawless racing starts as well as the programmable pit-lane speed limiter for sticking exactly to the pit-lane speed limit. When this feature is activated, it has the additional effect of producing the impressive soundtrack familiar from the world of motorcycle racing. The HP Gear Shift Assist Pro, which can likewise be ordered as an ex-works option, enables lightning-fast clutchless up shifting and downshifting.

The new RR already leaves the factory with Race ABS (semi-integral) as well as Automatic Stability Control (ASC) included as standard. In conjunction with the optional Pro riding mode feature, it can be equipped with Dynamic Traction Control (DTC) including banking sensor and precision calibration. All control systems have been retuned and further improved in terms of their control precision and characteristics.

Last, but by no means least, there is the completely restyled bodywork that speaks an even more dynamic design language. The principle of the asymmetric headlight arrangement on the outgoing model has been retained as a characteristic distinguishing feature, yet the headlights have been repositioned and restyled to ensure that the new RR is recognisable as “new” at first glance. The dynamic design with its sporty, aggressive feel is given further impact by colour schemes with three very individual characters: Racing Red / Light White, Black Storm metallic and the BMW Motorsport colours.

Highlights of the new BMW S1000RR: