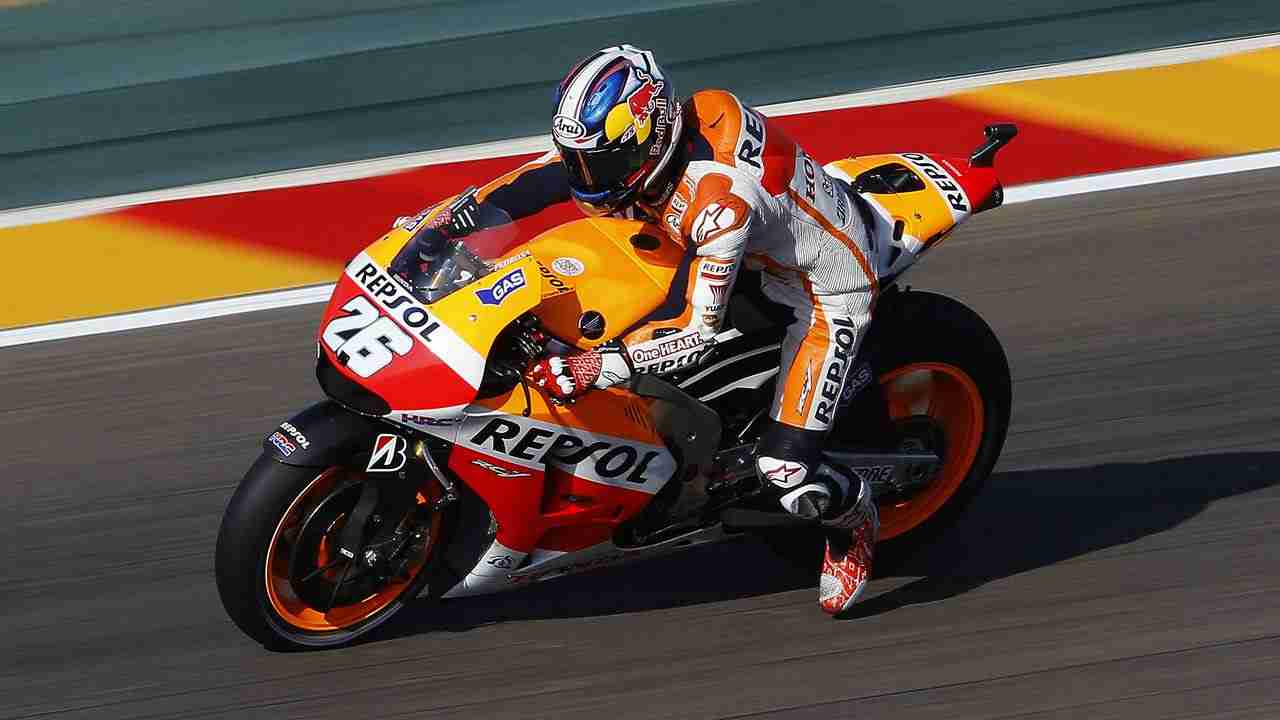 Round fifteen of the 2014 MotoGP season takes place at the Twin Ring Motegi circuit, a technical circuit with strong braking and acceleration zones that features an abrasive, high-grip track surface. Measuring approximately 4.8 kilometres in length, Motegi is characterised by four straights that create numerous heavy braking and acceleration zones. The layout imposes considerable force on the centre of the section of the front and rear tyres, so the tyre allocation needs to provide high levels of stability under braking, and good rear grip for acceleration. This demand for front-end stability and rear grip is countered by the cool weather conditions that are often encountered at Motegi, which demand good warm-up performance from the tyres.

The Twin Ring circuit is comprised of eight right-hand and six left-hand corners, and asymmetric rear slicks with slightly harder rubber on the right shoulder are provided at this track. The rear tyre options for the Factory Honda and Yamaha riders are the soft and medium compounds, while the Ducati and Open-class riders will get access to the extra-soft and soft compounds. Front slick tyre options at Motegi are the soft, medium and hard compounds. Rainy periods are often experienced at Motegi and as always Bridgestone will have two compounds of wet tyres for the riders to utilise. The main wet tyre will be the soft compound to ensure maximum warm-up performance and grip in cooler conditions, while up to two front and rear wet tyres in the alternative, hard compound will also be available to every rider.

“Aragon was a very difficult race weekend but there were also many positive aspects. First, the bike was really ok on Sunday. I immediately felt good on the bike as soon as I arrived on the grid. In the first laps I was able to make good overtakes and stay with the top three riders. My team did a really good job. Another positive thing is that I have not done anything, apart from the big headache the next few days! I feel very well and I look forward to the tripleheader overseas races because I am feeling better and better on the bike and the team are working really well. The fight for second place is getting interesting, we will try to achieve the best result possible! Japan is not one of my favorite tracks but also Aragon was not and still we went very well. We will see. It’s Yamaha’s home GP and we will do our best to get a good result!”

“First of all I would say it was a fantastic feeling to win at home in Aragón. We were able to manage a difficult race and taste the first victory of the 2014 season, which was amazing after a disappointing start. We solved many problems during the weekend and did a great job on Sunday with the whole team. Now we are traveling to Japan, a country I love for many reasons. I have great memories from last year, when we surprised everyone with a huge success in our rival’s home. Last year we won at Motegi and also achieved the 200th victory for Yamaha in front of the two Honda bikes. It was unbelievable! Hopefully we can repeat it this time with another perfect weekend.”

“Aragon was a difficult situation and we learnt a valuable lesson. However, we were lucky that we didn’t lose points to our rivals and now I know that in Japan it’s my first chance to take the Championship. I will try not to think about it too much ‒even if I know it would be great to achieve this on Honda’s home soil‒ we will go there and work hard from day one and treat it as a normal race weekend and push for the victory on Sunday. Last year was my first visit to Motegi on a MotoGP machine and it was a very difficult weekend, so we hope to have more dry track time this year to find a good setup!”

“Obviously Aragon was a tough race and in the end I made the wrong choice not to come in earlier. Anyway, we have moved on and now I am focused on Motegi. I always enjoy travelling to Honda’s home race, it’s a big event for Honda and this always gives me extra motivation to perform well. The track has a lot of heavy braking and acceleration points, so a good setup is essential for the braking stability and to get good traction out of the corners. Let’s hope the weather is better than last year!”

“I am very excited for this weekend as I am sure we can have a great race at Motegi after a positive performance at the last round. There is a lot of emphasis on hard braking at the Japanese circuit due to the nature of the track, which is a bit similar to Aragon where we were solid. We are good on the brakes so this could really help us here in securing a strong finish and I will push hard to be as close to the leaders as possible. Ultimately, our efforts and improvements on the front in Spain resulted in making some progress in closing in on the Factory Yamaha riders a bit more. This is a big step forward and leaves me feeling confident for the 24 lap sprint on Sunday. I won the Moto2 race here last year, so I have fond memories of the track and of course, the fantastic fans. I am full of optimism and I am eager to start the Twin Ring Motegi challenge on my Yamaha YZR-M1.”

“Motegi is a track that I like, especially because I am a hard braker and this is an advantage, due to the characteristics of the track. I think that our GP14 can again be competitive in Japan, because in the last four races we have always been competitive at circuits with completely different characteristics. So for sure we’ll be going to Motegi very motivated! Here I’ve scored some good results in MotoGP, especially in 2010 when I set pole position, my only pole so far in MotoGP, and then finished the race with a great second place.”

“With a good result at Aragon under our belt, we are looking forward to going to Japan, where I’ve got a lot of fans, and hopefully we can keep improving. I’m pleased with the work the guys in the team have done with me recently, and obviously now we are in better shape than what we were before. Motegi is a bit of a strange track because of its hard braking, but that’s good for me and it will be interesting to see how we go there.”

“I can’t wait to get the three consistent races off to a bright start in Japan, especially after a great result in Aragon, which boosted my confidence and has put me in good stead for the final four rounds. We undertook some really useful work in Spain where we focused on improving the feeling under braking and the stability of the Yamaha, which will certainly be very important at Motegi. I am certain that with the valuable information we collected at Aragon, we will be able to get up to speed quickly so that we can hit the ground running for this weekend. Our endeavours at the last round were rewarded and I will battle my hardest to produce another display like this. Plus for added motivation, it is Yamaha’s home Grand Prix, so I really am looking forward to leaving the pit lane on Friday morning and heading out onto the Twin Ring circuit where I am determined to score a great result in front of the Japanese fans.”

“We arrive in Japan after the great second place scored at Aragon. It was an enormous satisfaction to get this result, a target we were chasing since Qatar GP. I look forward to race in Japan to continue this positive momentum and we are determined to get another good result. Motegi is a “stop and go” track, where we spend a lot of time in the first and second gears. Acceleration here is very important and I’m confident to make another strong performance.”

“I look forward to race in Japan. The scaphoid fracture should be completely recovered so I should be able to ride without any pain. This is very important especially at Motegi as the track is technical and also physically demanding. It as tight and slow corners, which means strong braking and acceleration. It’s not one of my favourite circuits but I have good races here in the past with also some podium finishes.”

“I’m glad to be able to compete again this year in my home country’s Grand Prix of Japan in the world’s pinnacle class of road racing, MotoGP. There’s no greater competitive arena for a motorcycle racer like myself. Since I’ll be riding the YZR-M1 that I’m involved in developing as a test rider, my participation will naturally involve development evaluation. But, I also want to put in a ‘Katsuyuki Nakasuga’ style performance that will live up to the expectations of the fans that have rooted for me. I hope everyone will come to the circuit to cheer me on.”