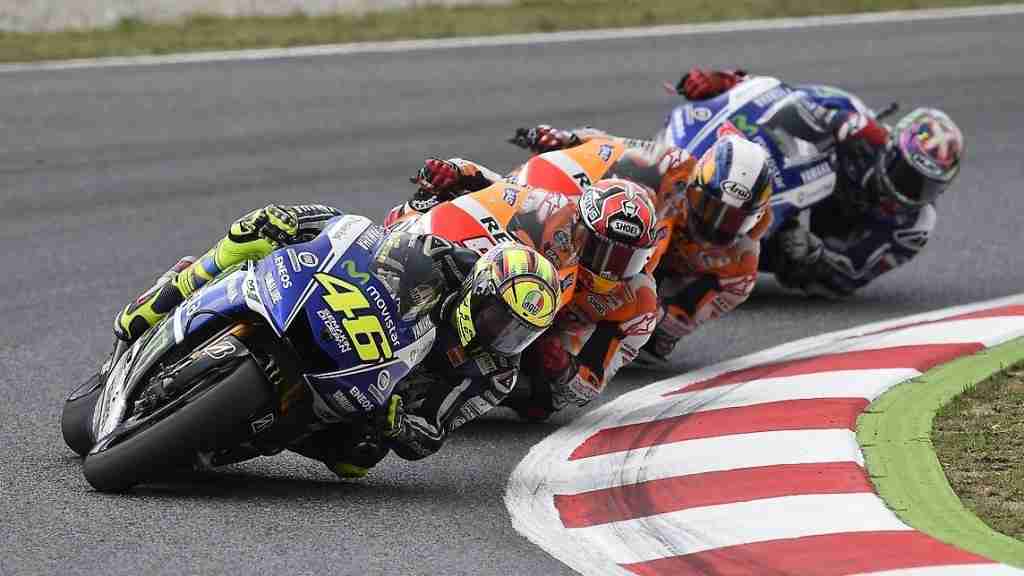 As dark clouds loomed over MontmelÃ³, Repsol Honda’s Marc Marquez weathered a storm of challenges from his MotoGP rivals to win his seventh race from seven starts in 2014. The rain that threatened to fall over the Spanish circuit failed to eventuate, allowing the riders to compete at a ferocious pace on slick tyres resulting in today’s Catalan Grand Prix being completed in record time, beating the old mark by over five seconds. The electric pace also created one of the most exciting race finales in recent history as Marquez, his teammate Dani Pedrosa, and Movistar Yamaha MotoGP’s Valentino Rossi all battled for victory.

It was Marquez who ultimately prevailed from the three-way fight for the lead. He survived a late attack from Pedrosa on turn ten of the final lap which saw the riders touch, and went on to win the race from Rossi by 0.512 seconds. Pedrosa’s last gasp move on Marquez saw him run wide, but he recovered to claim third place, finishing just over a second behind Rossi. On his way to victory, Marquez set a time of 1’42.182 on the second lap of the race to break the six-year-old race lap record at the Circuit de Barcelona-Catalunya.

Widespread cloud cover and fresh winds brought a cool change, with the peak track temperature recorded today being 40°C; 14°C less than recorded during yesterday’s Free Practice 4 session. Despite the significant change in temperatures, the cooler weather didn’t have a major effect on race tyre choice, as riders still used the slick options they preferred in yesterday’s hotter conditions. All riders except for Stefan Bradl selected the medium compound front slick, with the German rider opting for the hard compound front. For the rear tyre, thirteen of the twenty-four starters selected the medium compound rear slick, with the remaining eleven riders selecting the soft compound rear slick. No riders chose to use the hard compound rear slick for the Catalan Grand Prix. Tyre performance at what is the one of the most gruelling events on the calendar for tyres was exceptional, with the top four finishers completing the race under the existing overall race time record. Marquez moves to 175 championship points and extends his lead over second-placed Rossi to fifty-eight points. Pedrosa remains in third place on the championship table, and just five points behind Rossi in the standings.

“I am delighted with this win because this is a track which I have always found difficult. You could see how tough it is for me this weekend: I missed out on pole for the first time this season and had my first crash of the year. The race was very hard with a battle against Dani, Jorge and Valentino. I think that the last few corners were especially spectacular, with the moves by Valentino and Dani. I am very happy about taking another 25 points and also to win on the same day as my brother at home in front of all our fans! It’s something very special.”

“I’m so happy because it was a great race, I enjoyed it so much. I started fast and I was able to stay in front for a long part of the race. I’m not satisfied 100% because I thought I could win but in the last laps they were faster than me. I tried the maximum but also Dani overtook me and I lost time. I did a good race; it is another podium so we have to continue like this.”

“It was a very good, hard-fought race because we had four riders up at the front for most of the race. There was a lot of overtaking and it was very intense, because we were going so fast. Overall I am very satisfied, even though the end result was not the best; we fought hard and I felt much better physically. I’ll take the positives from this race: I got my wish of being up at the front, both in practice and on the early laps of the race, and I ended the race fighting with Marc for the victory!”

“I’m a little bit disappointed, we knew that the others were very strong and also Vale had a very good pace. The pace was not so bad because the track was not very hot but unfortunately I couldn’t open the gap I wanted in the first lap. When Vale passed me it was the same and I couldn’t ride like when I am alone. The bike was working well in braking but in the last two corners where we were very strong last year, we weren’t this year. In acceleration I started losing grip and when I followed Dani it was impossible to stay with him, I just had to recover in some corners. It was a pity, if we had less problems in acceleration it was a great opportunity to win. We were strong on braking but unfortunately lost it in the last corners so I couldn’t do more.” 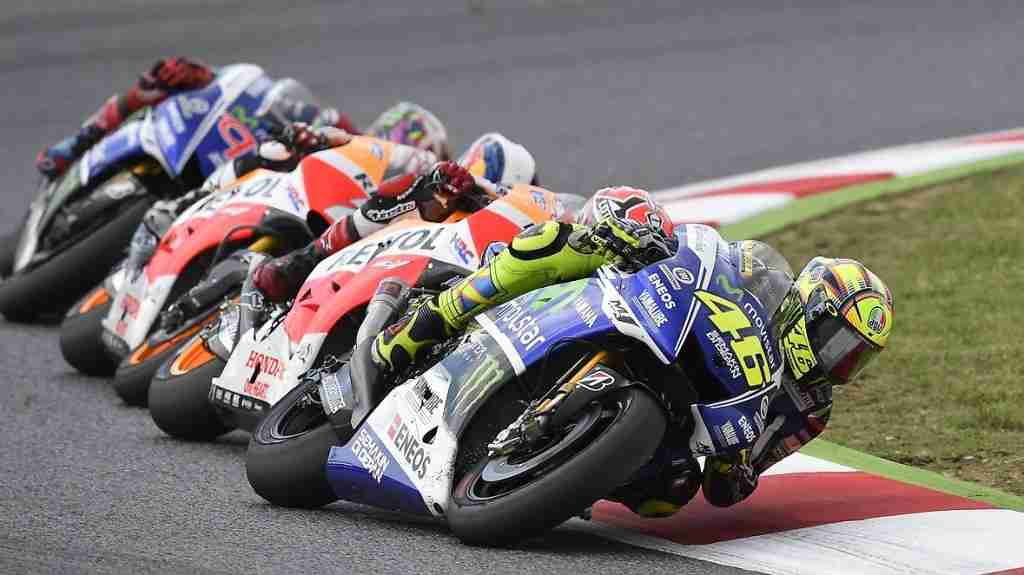