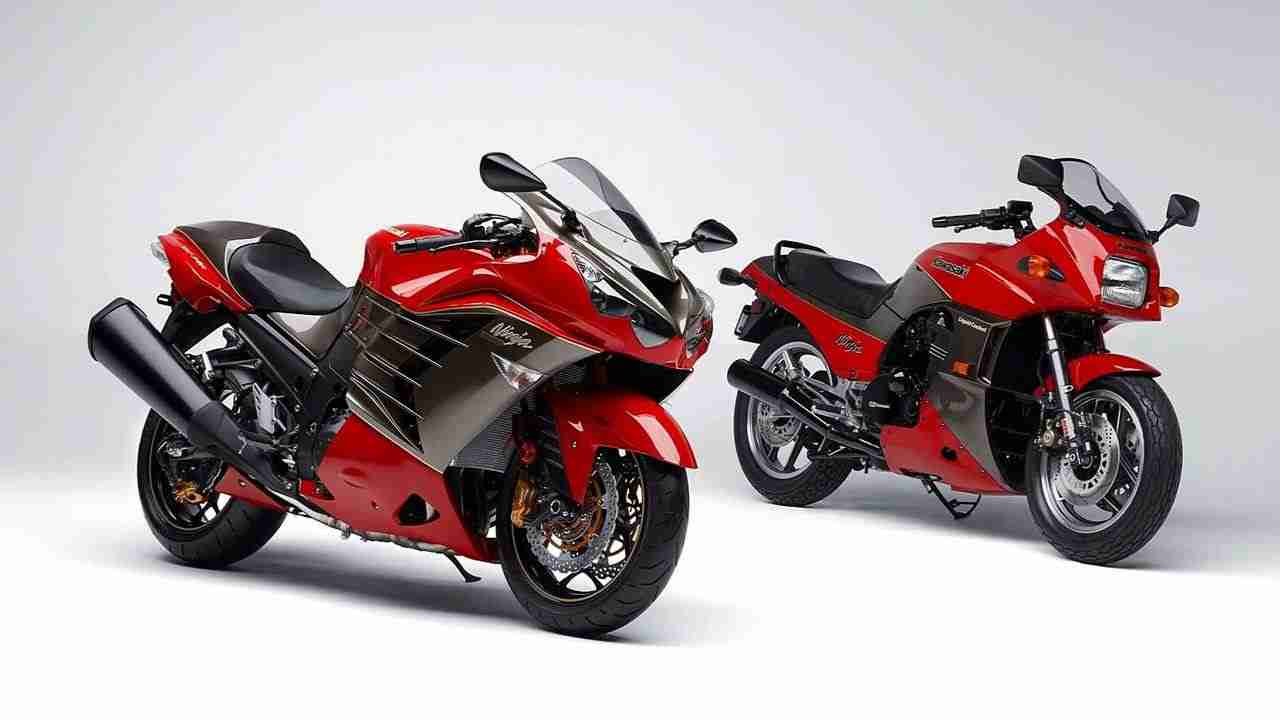 In order to commemorate 30 years of the Ninja name, Kawasaki have announced 30th anniversary editions of its top selling sports bike line up. The Ninja ZX-14R, the ZX-10R, ZX-6R and the Ninja 300 get a special anniversary edition. The ZX-14R comes in a limited edition 300 pieces and is priced at just $300 above the normal version. While the ZX-14R will come is two-toned Firecracker Red/ Metallic Graystone combination, with gold pinstripe accents and matching calipers, a color reminiscent of the 1984 Ninja 900 (GPZ900R), the remaining Ninja’s will get the a paint scheme that is similar to Kawasaki’s WSBK bike ridden by Tom Sykes. All bikes, mechanically remain the same. While the red Zx-14R looks awesome, the green white combo on the remaining anniversary editions do not really appeal, at least to us. Also we in India will not be getting these as well. We leave you with the photographs.