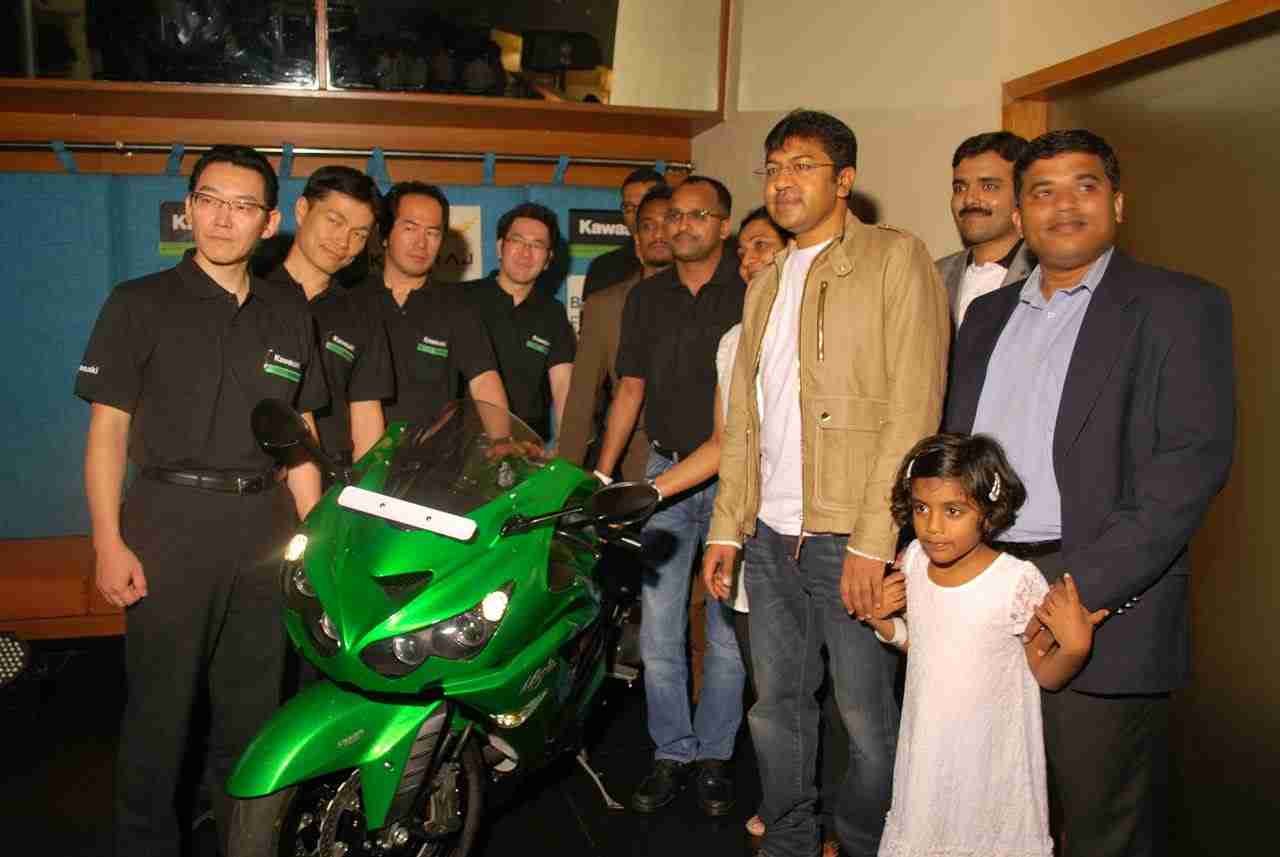 Kawasaki Heavy Industries, the leading two-wheeler manufacturer the world over has launched a menacing array of five internationally available superbikes in South India through their Indian Subsidiary, India Kawasaki Motors, in association with the Khivraj Group, Bangalore. The among is Khivraj Group the country’s leading Automobile Dealers and one of the most respected business groups in South India. With a combined turnover of Rs.700 crore, The Khivraj group employs a workforce numbering close to 1000 dedicated individuals. The company has plotted a course of steady growth, expansion and diversification. ‘ Khivraj Motors also brings, “6000 miles to Isle of Man”, India’s first bikers lounge and riding academy, to compliment the biking lifestyle.” In essence, the customers experience now translates beyond sales and service to also include safe ridding, Biker Engagement, tours, track days and do it yourself sessions.

The Various branches of the Khivraj operate in diverse fields comprising two, three and four-wheelers and multi-axle heavy vehicle in the automobile sector, windmills in the clean energy sector, IT parks and real-estate. This radical new range of superbikes is bound to change the way two-wheeler lovers look at motorcycles here on end. The marquee “Ninja” and “Z Series” are world leaders in their individual categories, having cemented their positions in the international market for 30 years and 40 years respectively.

The range of motorcycles unveiled by India Kawasaki Motors would span engine displacements of 806 CC to 1142 CC. These include the Ninja ZX14R, the world’s fastest accelerating production motorcycle, the Ninja ZX10R, the No. 1 podium defender at the World Superbike Racing Championship, the Ninja 1000, the world’s most luxurious sports tourer, the Z1000, the world’s only super-naked to borrow the Sugomi design cues from a pouncing predator, and the Z800, the most practical, everyday, mid-weight, four cylinder super-naked. The bikes are priced starting at Rs. 8.3 lakh, ex-showroom in Bangalore.

The five giants unveiled today provide ultimate riding perfection and traction and can achieve speeds in excess of 100 km/h in under 3 seconds. Weighing in excess of 200 kilograms, these vehicles are still capable of fuel efficiencies of 15 to 18 kilometers per liter. Last year, Kawasaki had introduced its Ninja series sport bikes with their distinctive bright-green bodies, and the “naked” Z series street bikes. The brand is popular among discerning bikers in Europe with the Z1000 and Z800 being the most popular on the continent.

“2013-14 was a watershed year for superbikes in India and we received tremendous feedback from riders on what they want. Typically, riders evolve over the years, starting with small displacement sports bikes before buying heavier and more expensive superbikes. The market is ripe and we plan to go mass with work of art budget offerings while keeping in mind the dreams of the Indian youth.”

“The prices are competitive, Besides the raw power, well-appointed ground clearances and comfortable seating, especially designed to tackle the rather unfriendly Indian motorways, these premier machines meet the aspirations of a new generation of two-wheeler enthusiasts.”