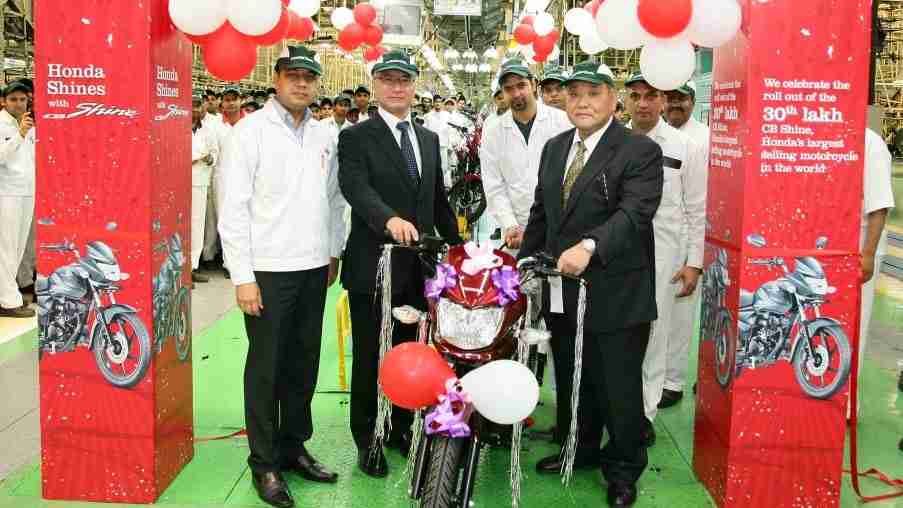 “We thank our valued customers, business partners and Associates for this remarkable feat. CB Shine is not only No. 1 selling 125cc motorcycle in India but also the world! For the first time ending FY’14, CB Shine has become No. 1 selling motorcycle for Honda Motor Company, Japan worldwide.”

“CB Shine has become India’s first ever 125cc motorcycle to achieve 30 lac unit sales. This reaffirms that CB Shine is a true Winners Choice and is universally accepted by valued customers. We firmly believe customer experience and customer loyalty is priceless and will work to delight our customers in future too.”

History and highlights of Honda’s flagship 125cc motorcycle are as follows: