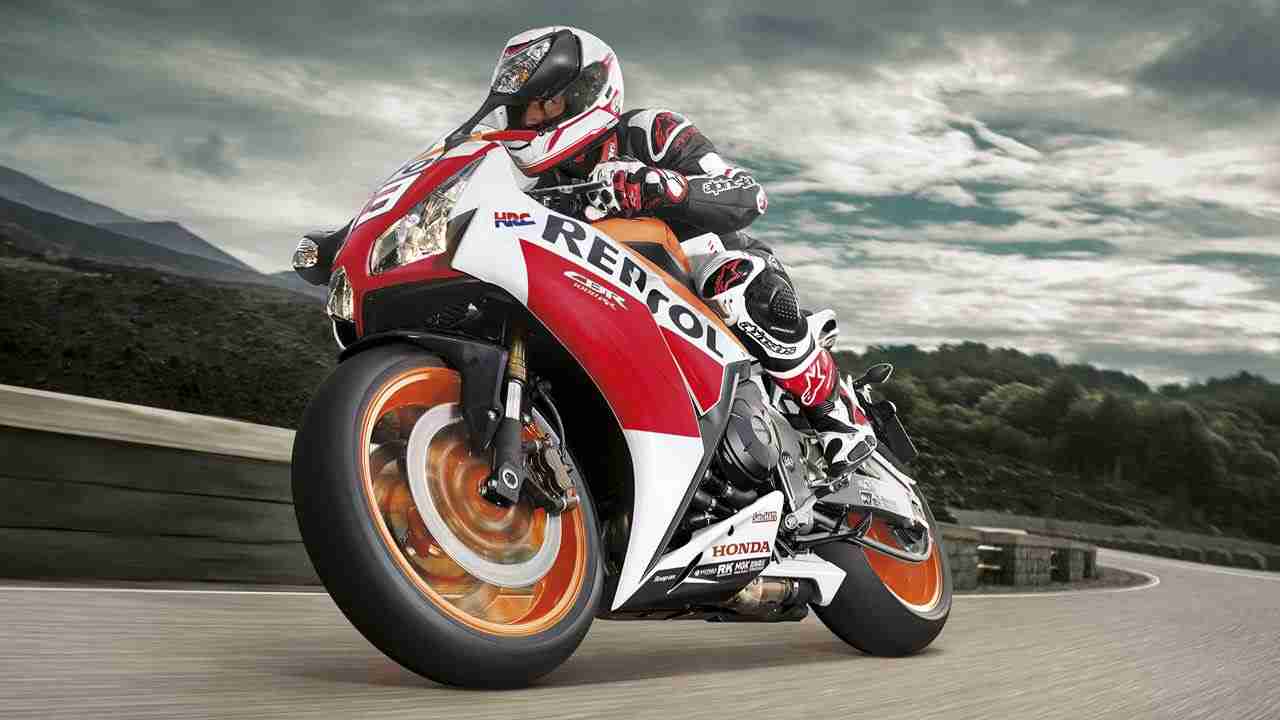 Honda today reveals its full 2015 motorcycle line up, looking back to the past by celebrating a long manufacturing heritage and, simultaneously, forward into the future with a glimpse of two stunning Prototypes. Honda has always worked to produce motorcycles and scooters that inspire dreams and expand horizons. Adding an engine to two wheels creates a machine that connects the rider to true emotion, excitement and a world full of adventure and experience. And Honda’s desire to encourage new riders – in particular a younger demographic – to the world of motorcycling continues. Core elements of this approach include fifteen A2 licence models on offer, with eight bikes equipped with Honda’s unique Dual Clutch Transmission (DCT). DCT technology has enjoyed growing popularity in the market, with over 30% of riders choosing the DCT option, where available, in 2014. 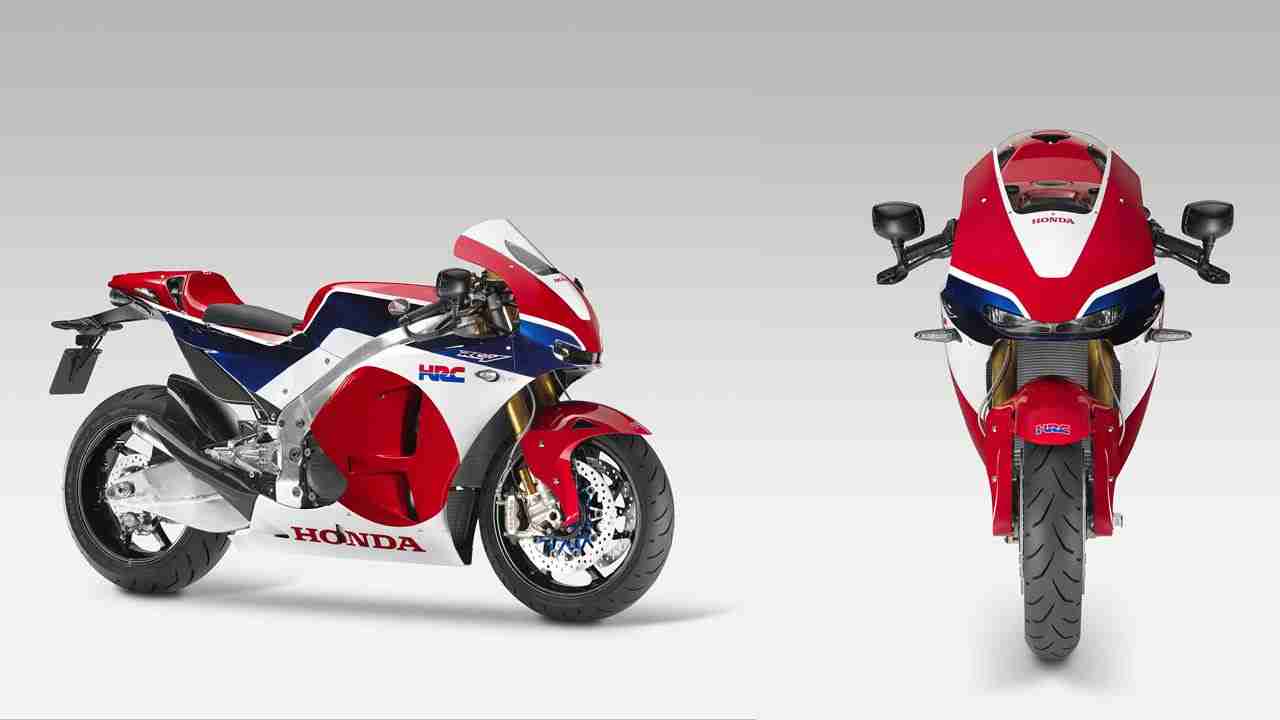 Developed by Honda Racing Corporation (HRC) and Honda Motor, the RC213V-S is a road going prototype of the awesome Championship winning MotoGP RC213V machine. Inspired by, and developed with input from many legendary GP riders, the RC213V-S Prototype is set to be the ultimate road going motorcycle.

Two machines have been presented; a static bike painted with a distinctive Japanese flag to mark 100 years of the EICMA show, along with a fully functioning, running version clothed in full carbon-fibre, fittingly ridden onto the stage by 2013/14 MotoGP champion, Marc Marquez. 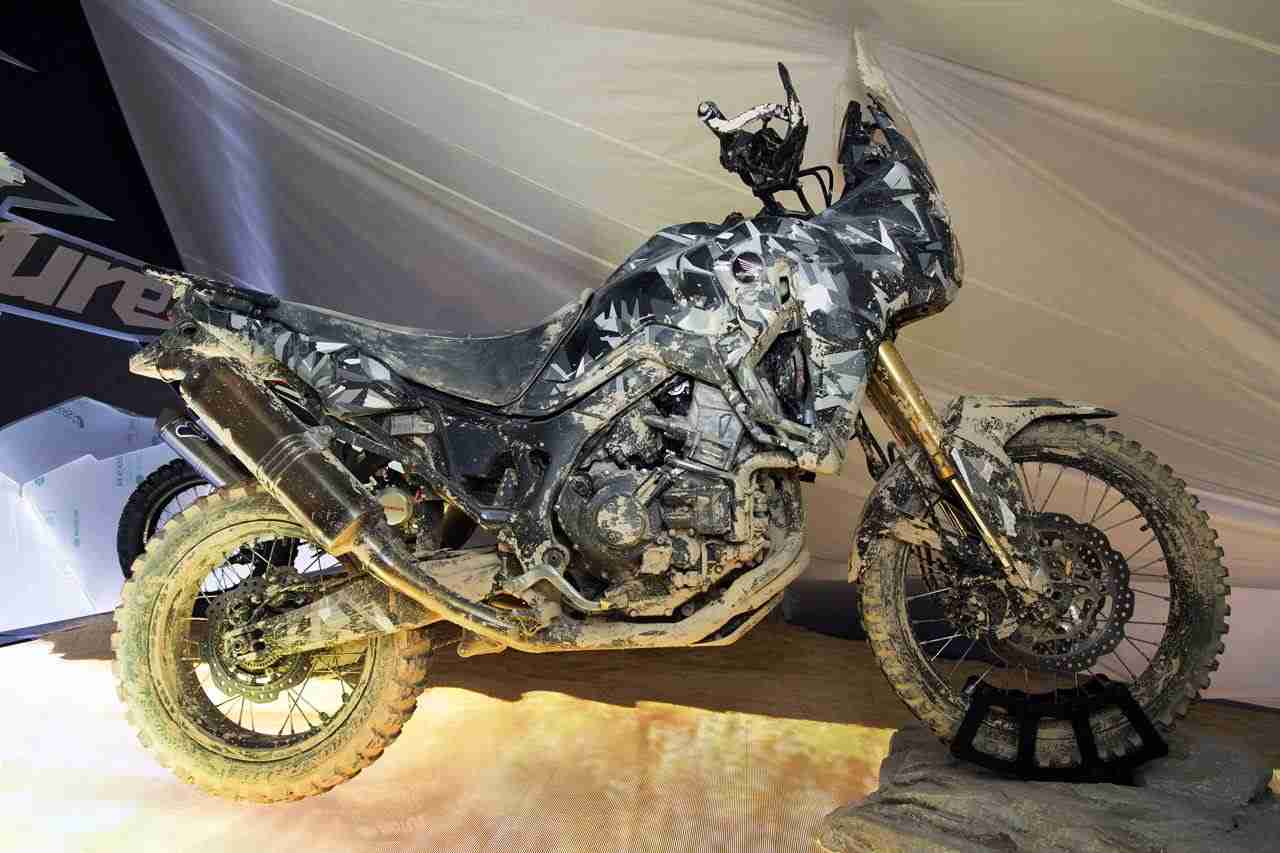 The second prototype on display is the True Adventure Prototype. Inspired by both Honda’s fantastic heritage in adventure motorcycling and our recent Dakar programme, the True Adventure Prototype captures the product direction as Honda seeks to expand its presence in the Adventure segment. This prototype has been developed to deliver outstanding off-road capability, and could provide the basis of a true round-the-world motorcycle. It’s flanked by the current Team HRC CRF450 Rally and, paying respect to Honda’s competition legacy, the 1989 Paris-Dakar winning NXR Africa Twin ridden by Gilles Lalay.

Marking 40 years of continuous Gold Wing production Honda celebrates with a Gold Wing finished in stunning two-tone paintwork and blacked out chassis, plus special 40th Anniversary emblems and key fob which will also be found on the three other 2015 Gold Wing paint options.

For 2015, the CB1000R comes in three colour versions that emphasise its mix of cool urban style and litre-class super sports performance. On display at EICMA are its new Hyper Red/Black and Pearl Cool White/Black paint options; also available will be a revised Pearl Siena Red/Pearl Cool White.

With all of the attributes of the CB500F the CB500X adds adventure sport style and upright riding position, expanding its all-round ability. On display is its new Gunpowder Black Metallic­ paint option; also available will be Matt Summit White and Millennium Red.