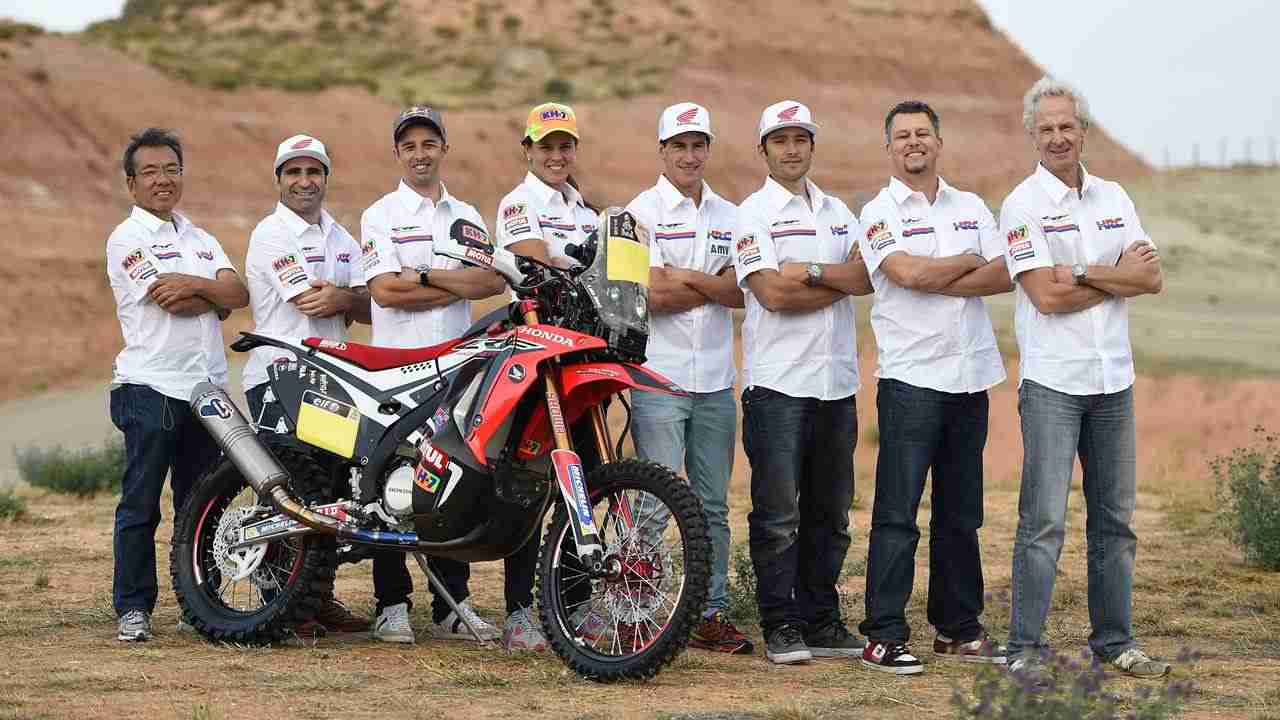 The Dakar Rally is considered to be one of the world’s most grueling off-road motorcycle races. The 2015 edition of the Dakar Rally is set to start on January 4, 2015 in Buenos Aires, Argentina. Spanning two weeks and 9,000 km across Argentina, Bolivia and Chilean territories, covering all kinds of terrain, the Dakar Rally 2015 will be concluded on January 17 back in the Argentinian capital. The five Team HRC riders have been hard at work preparing for the Dakar Rally 2015, through participation in other races in the lead-up to the event.

Helder Rodrigues, Joan Barreda and Paulo Goncalves have participated in several rounds of the 2014 FIM Cross-Country Rallies World Championship. Current World Champion Paulo Goncalves has won Round 1 of this year’s championship, the Abu Dhabi Desert Challenge, and Joan Barreda has won the Sealine Cross-country Rally in Qatar. Moreover, Jeremias Israel is well considered one of the top-class Chilean riders, and Laia “Super Woman” Sanz finished as the best female rider and 16th overall in the Dakar Rally 2014.

Team HRC will participate in the Dakar Rally 2015 under the continued leadership of General Manager Martino Bianchi and Team Director Katsumi Yamazaki, and will be joined by Team Manager Wolfgang Fischer, well-experienced in successfully managing racing teams. Honda, after 24 years, has been participating as a works team since 2013, and aims to win the championship.