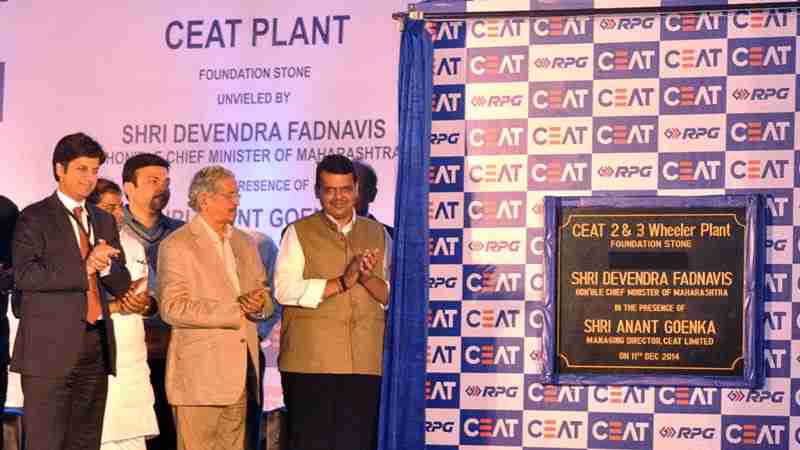 CEAT tyres India has been on a strong comeback path over the past couple of years and now to take this upward trend forward CEAT are going forward with their plan to open a new tyre manufacturing plant in Butibori, Nagpur. They will be investing 400 crores over the next two years to make it one of the biggest manufacturing plants in India with first roll out expected as early as 2016 itself, before going in for further expansion. The plant is located on 60 acres of land that will be used for the factory. The inauguration of the plants construction was done by the Chief Minister of Maharashtra, Devendra Fadnavis who laid the foundation stone. Tyres manufactured here will be for two wheeler’s, three wheeler’s and later on possibly for heavier vehicles as well. With this plant CEAT expects to double it’s current production capacity of two wheeler tyres.