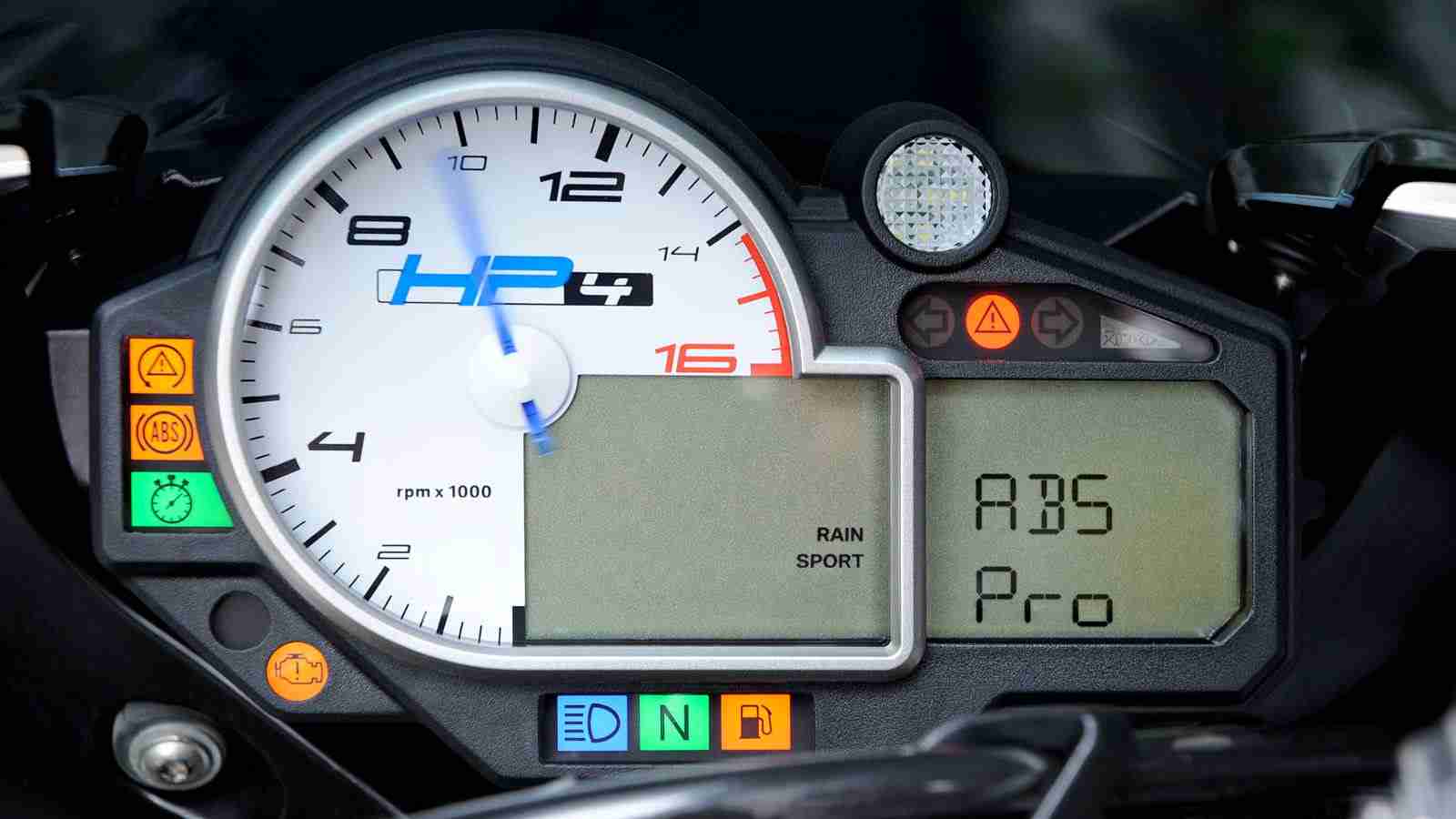 BMW Motorrad presented the S 1000 RR in 2009 – not just its first supersports bike but also the first motorcycle of this type to be fitted with ABS. That same year saw the first racing victory by a supersports motorcycle with ABS at the 24-hour race in Barcelona. Since the introduction of this Race ABS in 2009, BMW Motorrad has offered an ABS tailored specifically to the needs of supersports bikes, providing a significant increase in active braking safety in this segment, too. The function ABS Pro represents a consistent refinement of the Race ABS in that it now enables ABS-supported braking when cornering. ABS Pro is offered as a retrofittable option which can be acquired through BMW Motorrad dealerships and is initially reserved exclusively for the top supersports model in the BMW Motorrad product range, the HP4.

The function was deliberately conceived for use on public roads, where unexpected dangers can always potentially lie in waiting. While the Race ABS in the HP4 already provides a very high degree of safety when braking in a straight line, ABS Pro now goes a step further to offer increased safety when braking on bends as well. Here, ABS Pro prevents the wheels from blocking even when the brakes are applied quickly; this reduces abrupt changes in steering force on shock-braking manoeuvres and stops the motorcycle from rearing up unintentionally.

Technically speaking, ABS Pro adapts ABS control to the motorcycle’s banking angle depending on the current situation on the road. In order to determine the bike’s banking angle, the system draws on the signals for roll rate, yaw rate and transverse acceleration as provided by the sensor cluster – which are already used for Dynamic Traction Control DTC and for the electronic suspension DDC Dynamic Damping Control.

As the banking angle increases, the brake pressure gradient is limited more and more at the start of the brake manoeuvre. This means that the pressure build-up is slower. In addition to this, pressure modulation within the ABS control range is more even. The benefits of ABS Pro to the rider are a sensitive response and a high level of brake and ride stability together with the best possible deceleration on bends.

The influence exerted by ABS control will depend on the riding mode configured. ABS Pro is available to its full extent in the modes “Rain” and “Sport”. During the pre-ride check, the display “ABS Pro” in the instrument panel in conjunction with the modes “Rain” and “Sport” indicates to the rider that the ABS Pro function is available. By contrast, the “Race” and “Slick” modes for very sporty, experienced riders do not support the ABS Pro function since it is deliberately designed to be used on roads. 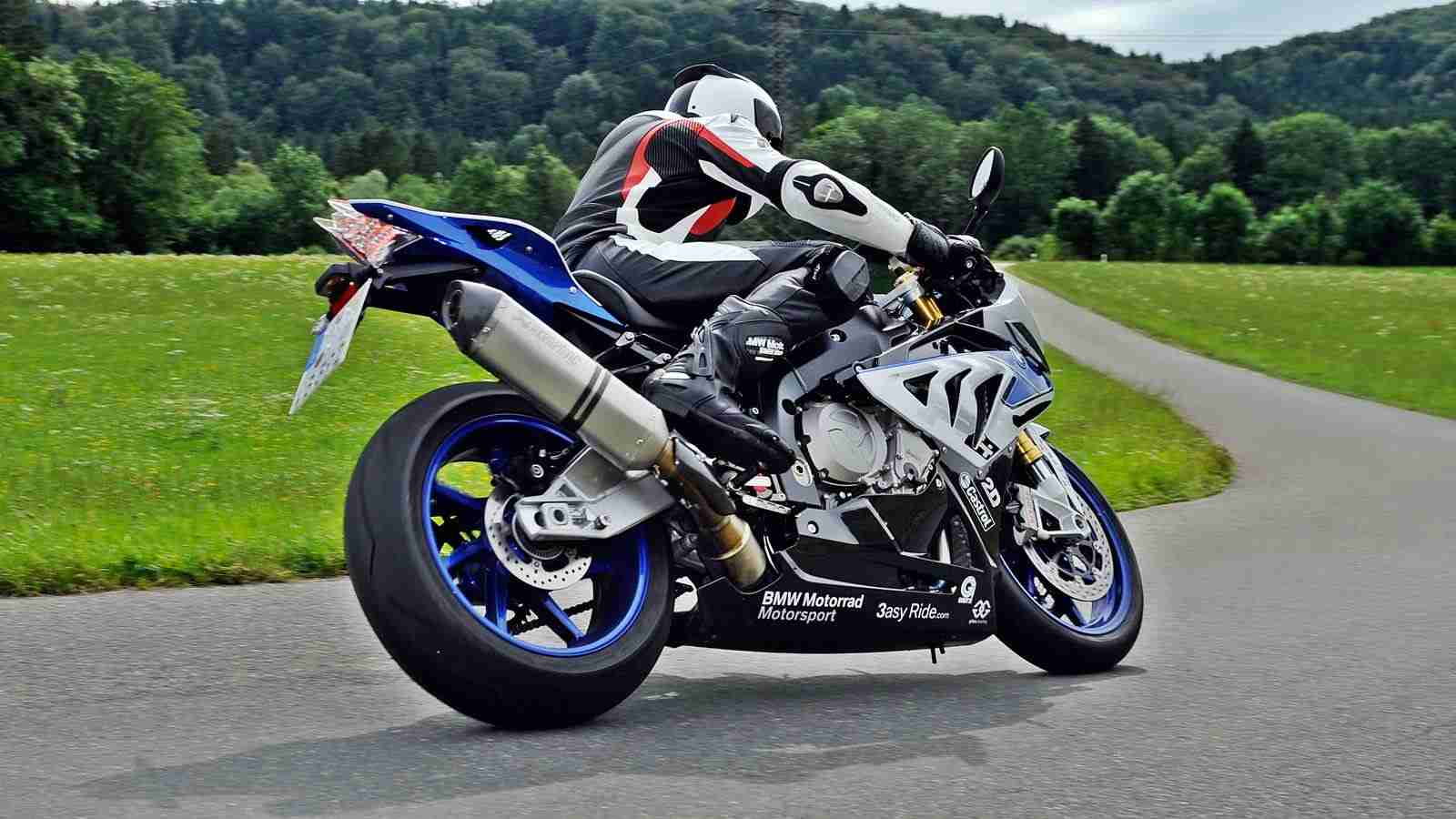 Although ABS Pro provides valuable support and is an enormous safety bonus for the rider when braking on corners, it can in no way redefine physical limits. It is still possible to exceed these limits due to misjudgement or riding errors, which in extreme cases can result in a fall. ABS Pro was not developed to enhance individual braking performance when braking on bends – especially not on race tracks. Its purpose is to enable safer use of the HP4 within physical limits on public roads, for example in the event of unexpected dangers arising on bends. At the same time, the ABS Pro function can also be used in the “Rain” and “Sport” modes by less experienced riders so as to achieve significantly increased safety when undertaking their first rides on a race track. The ABS Pro function is available as a retrofit solution for the BMW HP4 from the end of October 2014 at the price of â‚¬ 380.00 (price for Germany).