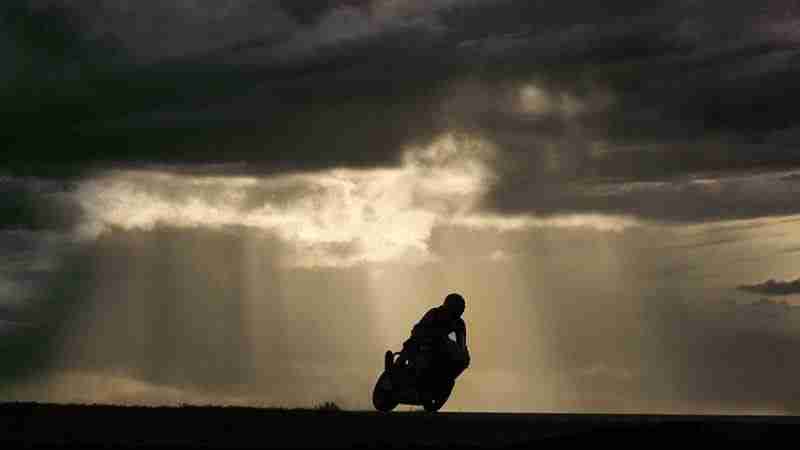 Aprilia (Piaggio Group) officially announced that they will enter the Grand Prix motorcycle racing in the MotoGP class. The Aprilia brand’s return to the top world motorcycling competition will take place in 2015, a year ahead of their previously announced plans. The intent of the Piaggio Group’s strategy to commit the Aprilia brand in the MotoGP class is to favour a rapid growth of competitiveness, focusing all Aprilia Racing’s technical and organisational efforts on developing prototypes. For this reason, Aprilia Racing will send its bikes onto the track supported by a cooperation agreement which has been reached with Gresini Racing.

This agreement will allow Aprilia Racing – a representative of Italian sport excellence and a protagonist in motorcycle racing on a global level – to take advantage of Gresini Racing’s significant contribution in terms of MotoGP experience and know-how, enough to solidify the strategic decision to début already next season. This is a four year agreement, so Gresini Racing will be managing the Aprilia bikes on the track in MotoGP until the 2018 season. Aprilia racing is currently making assessments to determine which riders will take part in the MotoGP project.

“We decided to make our début a year earlier than planned because Aprilia Racing’s technical and competitive skills are absolutely top notch. Growth in Superbike has been exemplary in this direction from our rookie year in 2009 to the five world titles we’ve won so far with the RSV4. Aprilia’s track record over the past decade has been extraordinary: Piaggio Group has been managing Aprilia since 2005 and in less than ten years Aprilia won 26 of the 52 world titles earned in the entire brand history. In addition to these there are also four more titles: Marco Simoncelli’s 250 world championship with Gilera and three 125 class world championships won by Derbi, which is also part of the Piaggio Group and which took a very young Marc Marquez to his first world title win.”

Aprilia Racing boasts the most victorious European Racing Department in recent decades. It represents extraordinary Italian assets in technical skill which, in just over twenty years, has made the manufacturer from Noale a protagonist in all the most important motorcycle racing arenas, taking an impressive 52 world titles.

Many recent protagonists in the motorcycle racing world have raced, won and been educated astride Aprilia bikes such as Max Biaggi, Loris Capirossi, Valentino Rossi, Marco Melandri, Manuel Poggiali, Jorge Lorenzo and Casey Stoner. And even Marc Marquez earned his first world title astride a Derbi 125, also a Piaggio Group brand, contributing to the 102 world titles that the Piaggio Group can boast in its own collection of wreaths, achieved not only by Aprilia but also by legendary brands such as Moto Guzzi, Gilera and Derbi.

Managed by two-time 125cc class world champion Fausto Gresini, Gresini Racing has been in Grand Prix motorcycle racing since 1997, achieving prestigious results: in addition to the two titles won in 2001 with Daijiro Kato (250cc) and in 2010 with Toni Elias (Moto2), the 40 wins and 114 podiums earned, there are also the MotoGP runner up titles achieved for three consecutive seasons in 2003 and 2004 with Sete Gibernau and in 2005 with Marco Melandri.

Gresini Racing has been home to top calibre champions such as Alex Barros, Loris Capirossi, Colin Edwards and Marco Simoncelli. The Gresini Racing organisation is currently involved in all the Grand Prix motorcycle racing classes. In fact, they are key players in the 2014 season with Alvaro Bautista and Scott Redding in MotoGP, Xavier Siméon and Lorenzo Baldassarri in Moto2 and with Niccolò Antonelli and Enea Bastianini in Moto3.