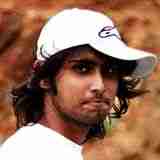 The following article has been written by Ashish Ranjan. He is the team coordinator and graphics designer for the stunt team Throttlerz who are the official partners for the XDL Championship Series in India.

LET INDIA KNOW THEY WERE NOT STUNTERS.

For years, you work hard towards meeting your professional goals. Things are going well, you’re meeting your targets, and the team morale is high. While you notice encouraging gestures on everyone’s face and suddenly the hammer drops! Why? Because of someone else’s fault, the society withholds approval, listening with a steely stare. After you finish, it proceeds to deliver a withering critique of your ideas and approach — each point of which, you feel, is patently wrong. As people talk bad about you, you feel the blood rise to your face and your heart pound. Now all eyes are on you. What will you say?

Well, this is the situation in which the Delhi incident has left the Indian motorcycle community.

They say, “a 19 year old stunt biker” was killed after Delhi police opened fire to stop the erroneous activities carried out by a group of rabid goons at midnight near the parliament street area in central Delhi.

Doesn’t this sentence indicate the degree of vileness of the act performed by ‘stunt riders’, which gave vent to the ire of the cops so much so that they were forced to open fire in order to stop them. Doesn’t it undisputedly tag ‘stunt riders’ as ‘law breakers’ or rather potentially dangerous mobsters who created such urgency for extreme action that the officials were left with no other alternative but to shoot them. Doesn’t it show that ‘stunt riders’ are a black spot, a bane, a disgrace to the society.

Yes it does! but to what extent is the fact different from what has been asserted by the media? The big question arising out of the issue is that “how can a community be blamed for an action caused by a group of individuals who are not in anyway a part of that community?”

The deceased boy or the hooligans and rowdies involved in the frightful mayhem created on the streets of Delhi were neither professional stunt riders nor professionals in any sense of biking.

Professionals in street freestyle are true athletes who train mentally and physically to be able to perform well. They abide by the codes of conduct on streets and use helmets and proper safety gears for commuting. Street freestyle is not just a sport, its an art …. its controlled chaos!

Its really shameful on the part of the entire stunt community to be generalised into the category of miscreants, just because some pumpkin-heads tried to showcase their self – declared dare-devil acts on the streets at odd hours.

The Delhi incident was no less than a phantasma for professional street freestyle sports leagues such as the XDL CHAMPIONSHIP SERIES which plans to introduce and promote the culture of adventure sports in India next year. As you may or may not know, XDL is on the verge of becoming an official world championship. The FÃ©dÃ©ration Internationale de Motocyclisme (FIM – International Motorcycling Federation) board of directors have approved our paper works and from the year 2014 the FIM XDL WORLD CHAMPIONSHIP shall be launched. That means official recognition for the sport and the competitors at the highest level. The XDL World Champion will be invited to the annual FIM banquet and stand shoulder-to-shoulder with the likes of Lorenzo, Rossi, Stewart, Villopoto etc. It means major media outlets will start to cover XDL on a regular basis. It means attention from international media and it means a legitimate shot at getting a competition show produced and sold into markets like Brazil, India, Indonesia and Poland. To sum up, we now have a global platform from which to build our sport. The XDL is as celebrated overseas as the IPL is in India. The advent of XDL in India can boost street freestyle to a large extent and we can say that freestyle stunt riding is indeed poised off to a great start in India. It could well be the sport of the future. Here is what Mr. Randolph Grube, founder and president of the XDL series has to say.

“Being the guy running operations on a daily basis, it is my job to figure out the big picture behind the sport. I always have to ask myself. ‘How do we fit in?’ and ‘Is it all worth it?’ After all, as anyone in the sport can attest to, being in stunt riding is still a big struggle. I’ve done a lot of research over the last 2 years, spoken to a lot of people and come to the conclusion that stunt riding will not only prosper, it will play a major role in growing the sport and culture of motorcycling over the next 10 years. In fact I firmly believe that stunt riding will be one of the top three or four actions sports in the world, right up there with skateboarding. It all has to do with global economics and how our culture is influencing people all over the world. In a nutshell, India will change the significance of stunt riding around the world and in less than 10 years become a central part of the sport. Here is why, 85% of all motorcycles world wide are sold in four countries that are very close geographical neighbours: China, India, Indonesia and Vietnam. Let me put that in perspective. Less than 500,000 motorcycles are sold in the U.S. a year, versus 52 million in those four countries. In addition, China, India, Indonesia and Vietnam represent over half the world’s population of 18-34 year old’s, with 65% of people in those countries under the age of 35. So what is the bottom line? Countries like India and the South east Asia region in general, will give the sport of stunt riding the critical mass it needs to become attractive to major corporations such as sponsors and media companies. India has a huge, young population that rides motorcycles. Of course that still doesn’t explain why stunt riding will be such a big deal, so lets talk about that next.

It is very difficult for a sport like MotoGP (or any form of road racing) or SX (or any form of MX) to establish a league or participant base because the barriers to get into the sport are very high for everyone. There are very few race tracks, so someone has to build them. Most people can’t afford race or MX bikes, so they can’t get into the sport. It’s a vicious cycle that nobody has been able to crack. But to get into stunt riding, all you need to do is learn how to clutch up the bike you already own. For a person in India it is much easier to get into stunt riding than ANY OTHER action sport. Skateboarding is out of reach. There are no roads or parks and there is no skate culture. There is no snow for snowboarding. BMX is cycling, which is still for the most part considered transportation for those that can’t afford a motorcycle. FMX is financially completely out of reach.

So we’ve discussed why other forms of motorcycling and other action sports cannot easily break into India, Indonesia and other markets. But what is the status of stunt riding in India? We have some the best athletes from India in the world of streetbike freestyle. In India, the number two manufacturer, Bajaj Automotive, launched a brand called Pulsar 10 years ago. That brand is super interesting because from the outset, they decided to tie the image of Pulsar to stunt riding. In fact I think they have never done an ad where one wheel wasn’t off the ground. Imagine that, the number two manufacturer launching an entire line around stunt riding. That would be like Yamaha in the U.S. saying that they would create a new category of bikes and build it around the image of stunt riding. That is how advanced things are in India. To date, Pulsar has sold 5M bikes and 750,000 units are sold annually. They sell more bikes on the image of stunt riding in India than ALL forms of motorcycles sold in the U.S. The common counter-argument I hear a lot is that bikes in India are small displacement and people still don’t have a lot of money to buy stuff. Well displacements in India have been going up, specifically because of the stunt riding-based sport bike category. 10 years ago 100% of the displacements were 100 cc or less. Today, 20% are 150 to 220cc. It would be foolish to think that in five to 10 years displacements won’t start reaching Western levels. And incomes have been rising rapidly. The number of middle class households went up 40% in the last 10 years and now make up 62% of the population. And there is plenty of anecdotal evidence as well. People in the local scene tell us that every weekend 10-15 more guys show up at the stunt spot. And when we do shows in the same venues, the audience grows tremendously over time. So we know that stunt riding is growing rapidly, both as a participant sport and a form of entertainment.

Just to get an idea of the possible trajectory in India, lets compare it to China, which is on a similar path, but 10-15 years more advanced. Ten years ago, the Chinese car market was less than 2M units. Today it is at over 18M units and the largest in the world. More cars are now made in Shanghai than Detroit. So we end up with the astounding fact that stunt riding can be the number one action sport in India, Indonesia and Vietnam. Stunt riding can be to India, what skateboarding is to the U.S. This will attract many new companies to stunt riding all over the world, not just Asia. We will see significant growth in the U.S. and parts of Europe, because that is where the culture comes from that influences people in India. There will be more money for sponsorships, new competitions, more TV shows, more everything. Within 10 years, the sport of stunt riding will be as respected as MotoGP because it will be popular and established in important markets, including the U.S., Europe and the emerging markets of Asia. And of course XDL will be there every step of the way, leading the charge. “

Coming back to our prime issue, I would like to assert that while on one hand the police should have acted more responsibly as resorting to shooting at the tyres is probably an option best reserved when chasing the nations true enemies, no doubt on the other hand, our youth should take a lesson from this incident. True, we lack proper avenues for practice but that doesn’t mean we can stunt on streets. Its my request to all stunt lovers in India, please do not try this on streets or at any such place where it can amount to public harassment. We are in process of making this sport legal in India. Please co-operate if you want the society to give the respect due, but denied to our community.

Share this message if you are a true biker and let India know “they were not stunters!”