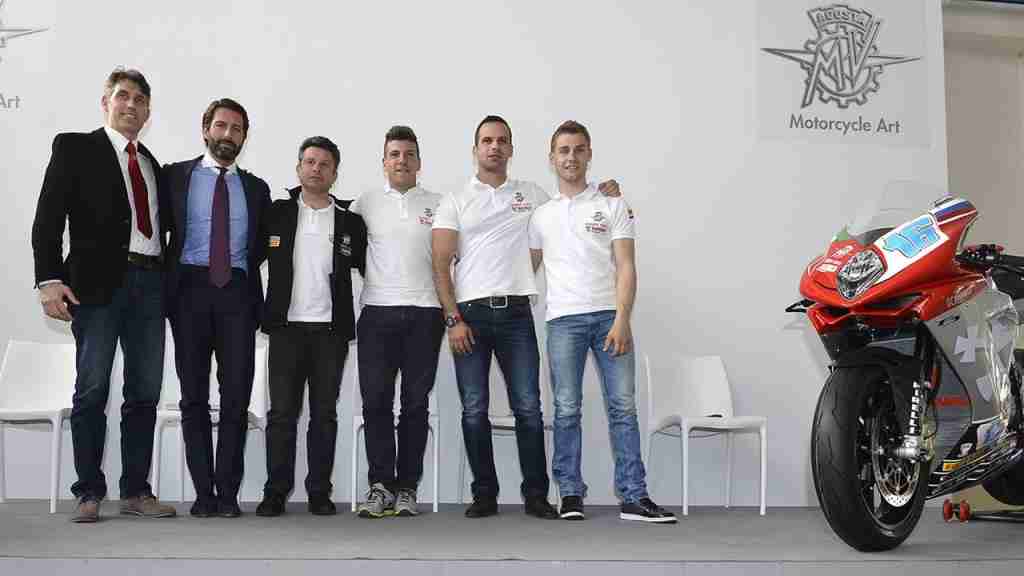 As of 2014, MV Agusta and Yakhnich Motorsport have joined forces to compete in both the Superbike and Supersport World Championships. Thirty-eight years on from MV Agusta’s last official appearance on the world racing scene, 2014 will – thanks to an agreement between MV Agusta and Yakhnich Motorsport – give fans and enthusiasts all over the globe a fantastic opportunity to once again experience the glories of yesteryear. This agreement has seen the establishment of Team MV Agusta Reparto Corse – Yakhnich Motorsport, the team that, as of 2014, is managing the official MV Agusta bikes in the World Superbike and Supersport championships. The Team will enjoy the benefits of a very close working partnership between MV Agusta and Yakhnich Motorsport on both the sport management and technical development fronts. In future, that partnership will also give rise to business relations concerning the manufacture and sale of both racing parts and racing bikes for sport customers. In 2014 Team MV Agusta Reparto Corse – Yakhnich Motorsport is competing in the World Superbike Championship with the rider Claudio Corti on the F4 RR and in the World Supersport Championship with Jules Cluzel and Vladimir Leonov on the F3 675, which scored a superb win at the season opener on Phillip Island.