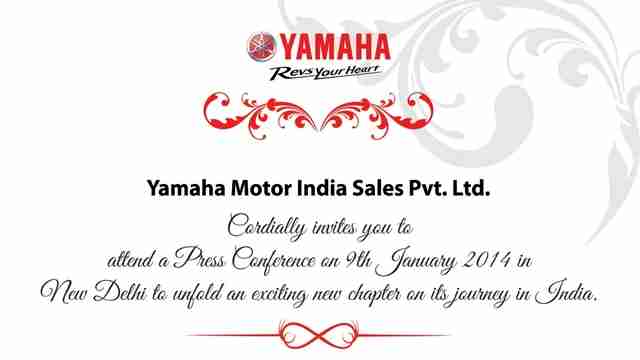 Well well now that was unexpected, Yamaha has just called us for a launch on the 9th of January. Do not get your hopes high though as we suspect it to be the male oriented scooter that we have been hearing a lot about. Yamaha have been very successful with Ray series of scooters and now might target the 125cc segment of scooters at-least that’s what we could dig up from our sources. There are very few players in the 125cc segment but with Yamaha’s track record the scooter market might just indulge strongly on this new offering. Now here goes a bit of speculation. With the Auto Expo so close by we wonder why we have a launch ahead of it. Is there something even bigger that Yamaha have kept for the Expo? Something like the R25? Or is this launch the ‘something big’. Its unlikely, but definitely plausible. Yamaha will at-least present the prototype version for sure at the Auto Expo. Fingers crossed then, more on the 9th.