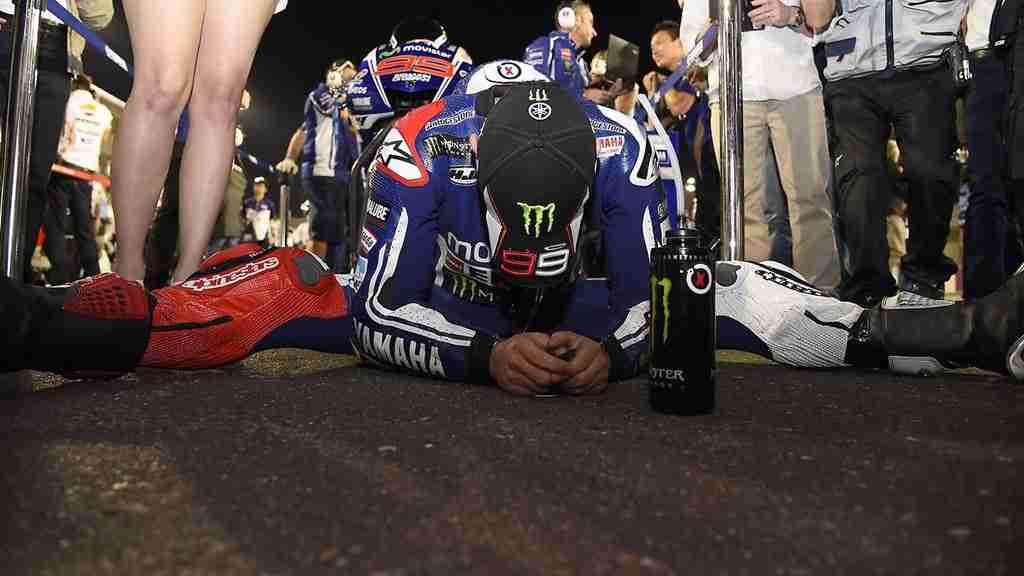 The MotoGP World Championship returns to the Circuit of the Americas this weekend, as Austin, Texas, hosts the second round of the 2014 season. A circuit measuring over five kilometres with the longest straight on the calendar (1.2km) and a technical combination of fast and slow corners, COTA represents another major challenge for the teams. The futuristic Circuit of the Americas, designed by renowned architect Hermann Tilke, made its debut on the MotoGP calendar last year. The spotlight was on the reigning MotoGP World Champion in Qatar, and Marc Marquez continues to be the focal point of the series following his win at round 1. It was at Austin that he became the youngest rider in history to win a premier class race. He and Dani Pedrosa produced a 1-2 finish at last year’s race, setting the bar high for 2014.

“Since Qatar I’ve been focusing on getting my leg stronger and my body fitter in preparation for the Austin race this weekend. This track is one of my favourite tracks, I had a good race here last year where I have good memories of taking my first win in the MotoGP class. We’ll have to wait and see the situation with the new rules for this year, but anyway we will be focused on our work. Thankfully the majority of hard turns are left handers at this track which is easier on my leg as I’m still not 100% fit.”

“I’ve had a good training week at home and now I’m looking forward to get to Austin, to see the team and ride at a track I like. We had a good race there last year and we’ll have to see how the bike works there this year. I hope to ride well and that we are greeted by the usual good atmosphere in America at this second visit to Austin for the GP!”

“I really want to go to Austin, especially after the first race in Qatar. The season started well but now we need confirmation. Last year I made one of the worst races of the season in Texas, and this year I want to see if we can be competitive everywhere. Getting a good result in Austin would mean a lot for me and for Yamaha. It would mean that the direction taken is the right one. We will try to do our best to be competitive also on the Austin circuit. I’d like to have fun like I did in Qatar.”

“After a very disappointing race result in Qatar I look forward to racing at Austin to try to get a good result and forget as soon as possible all the things that happened in Losail. COTA track was not one of the best tracks for us last year. We had some difficulties to adapt our bike to the layout and lack of grip but finally we found out how to manage for the race. In the end we got a good result and we finished only three seconds behind the winner. I guess this year the pace could be even better because our bike has made one step ahead with the new seamless and the chassis is pretty good. Also, I feel almost perfect, physically at one hundred per cent and that is so important to try to fight for the victory elsewhere.”

“Despite suffering a fall, the entire race weekend in Qatar has been very positive, so we head to Texas with a great optimism. Unlike last year, when we have raced here for the first time, this year we already have some data from 2013, although Austin still remains a complicated track in terms of finding a good set-up. We will have to work well if we want to find a good compromise between the first part, characterized by many quick changes of direction, and the slower part, where there are three or four very tight corners. Last season we have struggled a lot, not being able to find a good compromise, but this year we can count on a very good package, so we are confident. The goal is to try to stay with the fastest since the first practice session, like we did at Losail, then we will give our best, as always, hoping for better fortune this time”.

“Riding a MotoGP at the Circuit of the Americas will be very interesting. I feel very comfortable on this track, in fact last year in Moto2 I was really fast, setting the pole position with a 0.6s gap on anyone else. I also think that the track could suit well to our bike’s characteristics, both in terms of handling and in terms of stability under braking. We will also focus our work on the tyres, because this track is quite demanding from this point of view, so probably we will need to start to work more on the hard tyre for this race, rather than the softer option, which we used in Qatar”.

“I am really looking forward to the Grand Prix of the Americas this weekend in Texas. After a couple of weeks off since Qatar, I have refocused and am determined to carry on trying to challenge the front runners. The Yamaha feels really good this year and I am full of confidence, thanks to my team and a very strong pre-season. It was an unfortunate end to the first race, but there are many positives to be taken from the experience, and I am looking forward to giving it my all at the Austin track where I scored my first championship points last year”.

“I can’t wait to ride the Yamaha YZR-M1 around the Circuit of the Americas this week, as I think the fast corners will suit the style of the Yamaha, and I am eager to experience the bike on such a spectacular race track. I feel my shoulder is much better now and I am getting more used to the demands of a MotoGP bike after having adapted my riding style. The team have also been very good in working with me and I learnt a lot at Qatar. Of course I was disappointed that I didn’t score any points, even though my retirement was really unfortunate, but I feel confident of a good result here at the second MotoGP race“.

“We have to be happy and positive about the fact that we reduced the gap to the leaders by half in Qatar and confirmed the improvements we made in the tests. We know we’ve still got a long way to go however to be competitive and I think that some of the next few tracks will be difficult for us this year, starting with Austin, but that track is so nice and I am really looking forward to racing there again this weekend.”

“We are looking forward to the race at Austin, because it was a track I did well at last year. I’d never even tested there and we finished strong with a fourth place, so I’m really looking forward to riding the GP14 on this track. The guys worked 100% in Qatar after my crashes, I gave them a little bit of work to do! It was a disappointing race because of the electronics problem that we had, but it was good that we finished the race in sixth.”

“A home Grand Prix is always something very special and I really look forward to getting there, seeing all the fans that support me so much and getting back on track. Austin is really a great track, it is a very state of the art facility – safe, long, and wide but honestly last year there I didn’t get on with it great and was never able to be fast, especially in the first half of the track. That’s got to change this year and even though I know the acceleration off those slow corners won’t be kind to us all the changes of direction should suit me and this bike well. So let’s hope we can get a result to make the home crowd proud!”

“The result at the first race of the season was pretty positive. Even though we had a few problems with the bike at the start of the weekend we found the right way forward. This is only the second time any of us have been to COTA so that should level things out a little amongst the riders. I think the final part of the track, with its flowing corners, should suit our bike and the chassis should allow us to feel comfortable through the tight turns. Sunday night in Qatar was a boost for us and the objective is to keep this going and to continue improving the bike. I think we can take another step forward in Austin. It is a demanding circuit from a physical perspective so I put some extra training in last week and even had a medical so I definitely feel ready.”