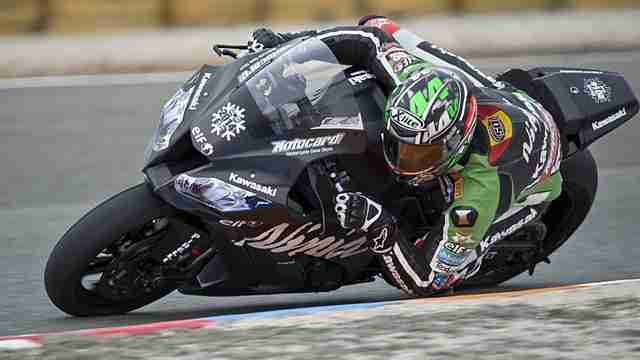 The new Kawasaki Evo SBK team will be based is Spain alongside the official KRT full Superbike effort and will be run by the same Provec arm of KRT’s operation that runs 2013 world champion Tom Sykes and Loris Baz in the full SBK team. There have been previous tests for David Salom with the Evo Ninja ZX-10R already, at Jerez, Motorland Aragon and most recently at Almeria, with strong showings from man and machine underlining the performance of the overall Kawasaki package in every kind of racing trim. Salom will test again alongside Sykes and Baz at Jerez on 5 and 6 February, before taking part in the final tests of the pre-season at Phillip Island, between 17 and 18 January. The first race of the 2014 season will take place at the same Australian venue on Sunday 23 February.

“I am very happy with this opportunity because it is a very good project and a very good team. Helping with the developing the bike is very important for me and the main part of my job is to prepare for 2015 when everyone will be riding on an Evo bike. I am not sure what we can achieve in terms of race results this year but we have tested the bike at Motorland Aragon, Jerez and Almeria and the lap times have been very good. I think we can fight at the front of the Evo class but even more important is the positive development of the machine. The Kawasaki is a very good bike to start with in the Evo class, as all aspects of it work well. We have not changed many parts so far but we have still posted fast lap times.”

“As many press outlets have been reporting David Salom has been track testing, since last November, an Evo specification Ninja ZX-10R during KRT private tests. This has been part of developing program by KHI and KRT to prepare for the 2014 season with this kind of bike. KHI has now confirmed that the project will go ahead and David Salom will be the rider. It is a project for one year, preparing for the 2015 season in the best way possible. It will be an opportunity to develop the bike to maximize the good level of performance the Ninja ZX-10R already has as part of its overall design. We have created a very nice team with Toni Alfosea as the Chief Mechanic and another three mechanics led by Cedric Veron, who is very experienced. All KRT staff will be involved in this project, so for sure it will be a third KRT bike on the grid, pushing the full SBK class ones.”

“It is very good news that we will enter an official EVO Superbike inside our Kawasaki Racing Team this season. The FIM Superbike World Championship is changing under the new promoters Dorna, and we need to evolve with the rules of the series if we are to maintain our current momentum of success in this category. The team has the knowledge, and importantly the full support of the factory, to work on the extra EVO bike project within KRT’s overall set up this season. In David Salom we have a great all-round Kawasaki-minded rider, to not only help make the required developments for 2015 but also to race for top EVO class honors come the end of the 2014 series.”