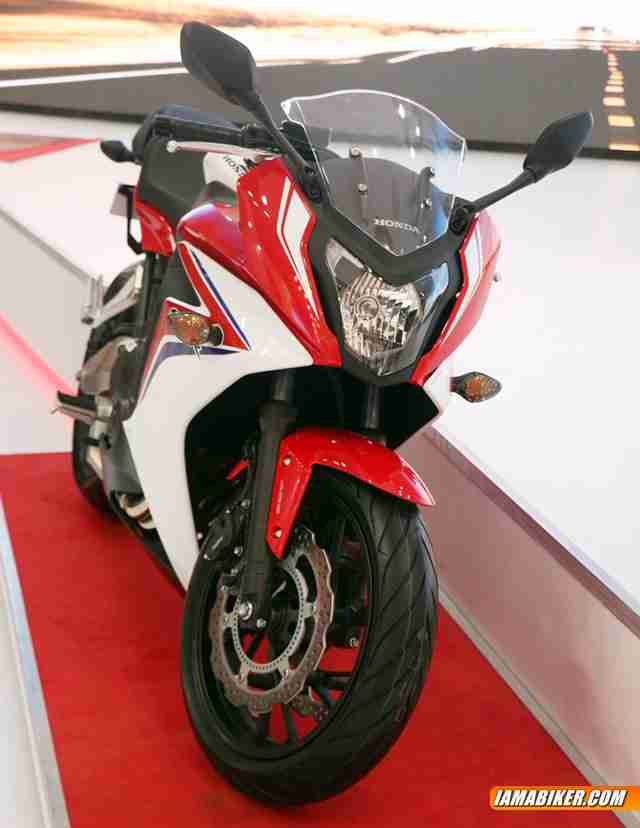 When we first got news that Honda will be presenting the CBR650F at the Auto Expo, it was assumed that either it was in usual Auto Expo style just a presentation and one that would never come here, especially due to the great rules in our country that forbids below 800cc bikes to be CBU’s. Also a CKD route for this beauty was just not on anybody’s mind. Either ways the bike would have resulted being extremely costly for its price. But Honda had a solution to every problem and what a solution that was. Honda announced at the Auto Expo 2014 that the Honda CBR650F will be completely made in India from 2015 and also announced a rough estimate price of below 7 lakh for the bike. Wow! Way to go Honda! This has to be the best news to come in terms of an inline four yet in India and in fact it will be the most affordable inline four cylinder motorcycle as well, with all the remaining inline fours reserved to the big litre bikes.

The Honda CBR650F is one of those motorcycles in the Honda range that strikes a beautiful balance between a purebred sports bike and a sports tourer. The engine has all the kick to keep you on the edge, while the ergonomics ensure a very comfortable ride. The power figures for the CBR650F lie at 85.8 HP @11,000 RPM and 63 Nm of torque @ 8000 RPM. The bike has a kerb weight of 211 kgs and a fuel tank of 17.3 litres. The CBR650F for India will be made at Honda’s new upcoming plant at Ahmedabad, Gujarat, where operations will begin early next year. Below is a detailed look at the CBR650F specifications.