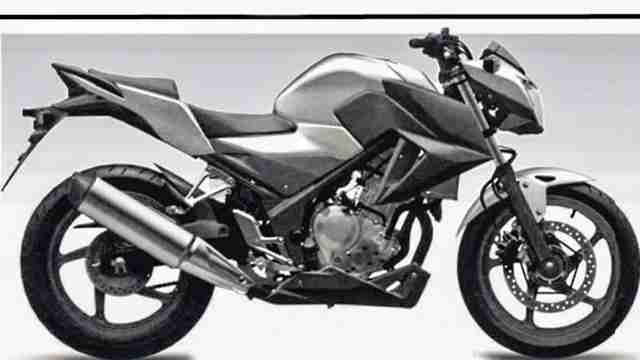 We have here the first pictures of Honda’s new motorcycle the CB300, these are images submitted by Honda to the EU patent commission. Honda already has a 300 the CB300F in the Brazilian market, but the one we have here is clearly a stripped down version of the newly presented CBR300R that will be coming to India later this year. Going by Honda’s naming convention this 300 could be named the CB300 itself or most likely the CB300F in India. The design of this new CB300 is similar to that of the recently launched 500 and 400 series of Honda bikes, so does that mean we will have an adventure version on this platform as well? We sure do hope so. If it does come, it will join the ranks of the upcoming Duke 390 based adventure bike and the upcoming Hero Impulse with a bigger engine.

Coming back to the CB300, the engine on this produces a healthy 30.4 HP at 8500 RPM and 27 Nm at 7250 RPM. Couple that with the reduced weight due to the lack of a fairing and we now have the formula for a quick and reliable motorcycle that although might not be the most mind-numbingly fast motorcycle out there in the segment but more than enough for some good fun. Now with this CBR300R confirmed for India we are pretty confident that Honda will bring this naked CB300 as well. Expect pricing to be similar to the existing CBR250R. The sub 500 cc segment is really heating up in India and almost all manufacturers seem to have something lined up for launch. Good time to be alive.