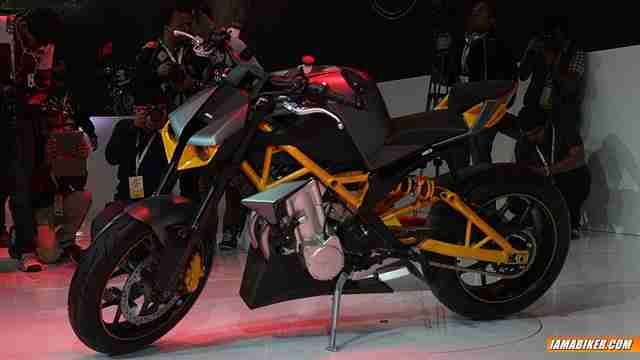 This is the second time in the last 10 days that Hero MotoCorp has reinvented itself. With the unveiling of the 620 cc Hastur, Hero MotoCorp steps onto the international stage with an offering that could potentially be popular world over. The Hero Hastur, the naked street fighter has looks that seem to be a balanced blend of all the other naked’s out there. Cannot blame them though, if you think about it, how much more design can you put into a naked? But then again the moment you look at it, you just cant help but keep thinking “where have I see you before?”. Okay lets move past that now and actually acknowledge the fact that this is a big step for the company and an even bigger step for the Indian motorcycling scene. The Hero Hastur specifications are impressive too, it has an over square 620 cc parallel twin that makes 80 PS @ 9600 RPM. Hero claims a top speed of 240 kmph. Those definitely are some interesting numbers and if the production version can keep up to these numbers or even be at least close to it, the Hastur definitely is going to be a showstopper. For sure there has been a lot of EBR inputs on this bike, the trellis space frame, the engine and in fact pretty much everything has been been a enthusiastic joint effort from the Hero and EBR team. Now when can we expect to see a production version of the Hastur? Hero will need and in fact wait for at least another year, need because this model will require extensive road testing, and wait so that our motorcycle market matures further. We would not be surprised if the production version of the Hastur takes as much as two years and comes only at the next Auto Expo. 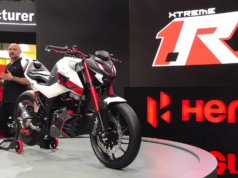