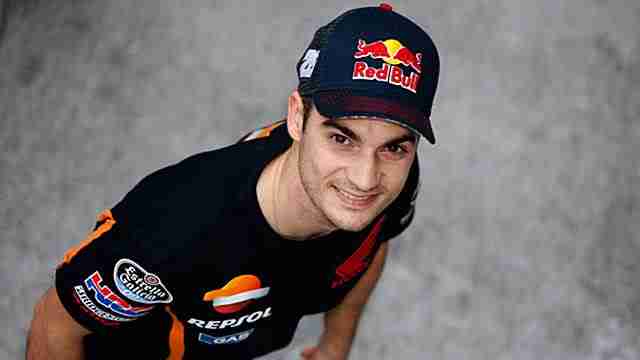 With the 2014 preseason over, Dani Pedrosa feels ready for the challenges the year holds for himself and his team. Less than two weeks away from the start of the campaign in Qatar, the Repsol Honda rider is very positive after a speedy start at Sepang and Phillip Island.

“It’s been quite positive. We have completed a lot of laps at two different circuits and useful tests have been made with the tyres. Overall, we have made a lot of progress. Nevertheless, we still have room for improvement. Let’s see how long we need.”

“To try to improve the bike in general. The two most important aspects with which we can make a step up are the chassis and then the electronics. I think we can move forward a lot still, especially at the early races.”

“This bike retains a lot of the features of last year’s machine. Obviously there have been changes because, in part, the regulation requires us to make adjustments. Despite this, the important thing is to develop the bike to improve it.”

“It’s hard to say at this point if the bike is competitive or not. It remains to be seen at the races. The tyres have also changed. However, in the end you measure yourself against your opponents and it’s not just the bike which puts you on top —it’s also the rider. So we will have to see the strengths of each competitor at the first Grand Prix.”

“The truth is that it has. We are fortunate to have a close relationship between Repsol and Honda. Thus, the synergy between engine and fuel is more effective and it is useful for adapting as quickly as possible to this new fuel tank regulation. Let’s see if this combination is again a winning one.”

“Honestly, with great enthusiasm and eagerness. The whole team have worked well throughout the winter and we have to be as positive as possible. We need to start off with a strong desire to succeed.”

“It’s too early to make such predictions. Until you start the Grand Prix season you are not able to get an idea of how the campaign will go.”

“Obviously a win always gives you more points, and the more times you win, the more consistent your results are. Winning is very important, but so is always taking points.”

“Time actually goes pretty fast these days. There are always things to do: Train, prepare, organise things, focus mentally. When you aren’t doing one type of training, it’s another. Our day is pretty busy with fitness training. Holidays are taken between November and December, and from January I’m busy with workouts every day —except for some special day of events reserved for our sponsors.”

“I think this year there will be a change in Ducati. Maybe their entry into the Factory 2 category will help them be higher up the order, but the fact is that at this time of year, everything is an unknown. Until the red lights go out at the Losail Circuit, we won’t really know where everyone is at.”