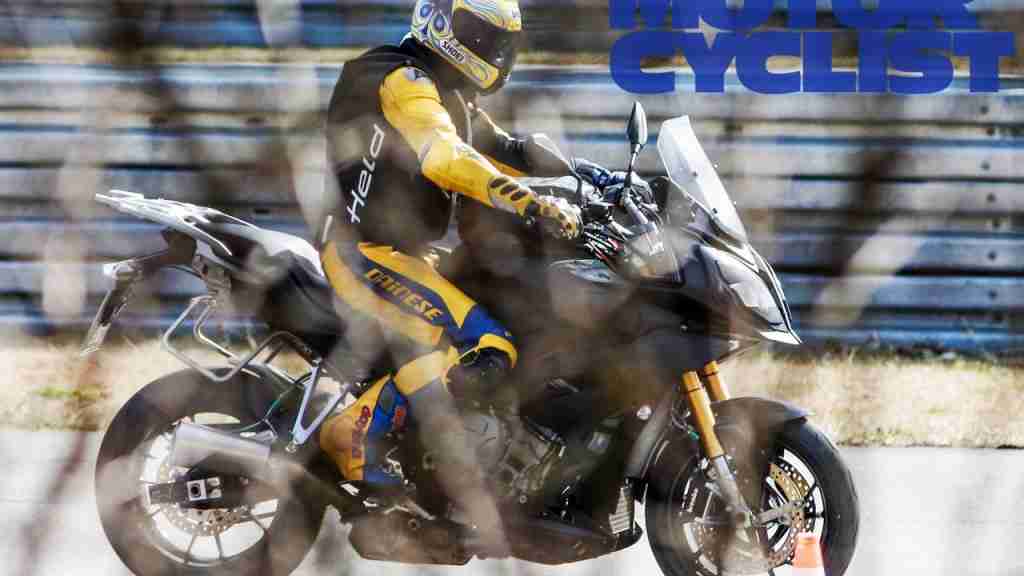 We had just reported about the possibility of a new ADV bike from BMW based on the S1000R, and voila here it is. The guys at Motorcyclist Magazine have done some snooping around and were visually able to confirm the existence of this promising new motorcycle. We are just guessing the name though, BMW S1000F seems to be the logically apt name for this motorcycle. Based on the same platform as that of the S1000R, basically employing the same engine in a base frame that now accommodates for some off-road acrobats as well, this new BMW ADV bike should take on the competition right up to the door step of motorcycles such as the Multistrada, Caponard, V-Strom and the Super TÃ©nÃ©rÃ©.

Expect the BMW S1000F to come with all the goodies like multilevel traction control, ABS adjustable suspension on the go and multiple ride modes. The engine will the same relaxed S1000RR engine, the same one on the S1000R that churns out about 160 horses. Wheels are of 17 inch at both ends, making it more of an on road bike and not an all out Adventure bike like the GS. Design wise at least from this angle looks like the classic BMW asymmetric headlights are not a feature on this. The bike looks pretty much ready in production form so expect it out soon, maybe even in the next couple of months.