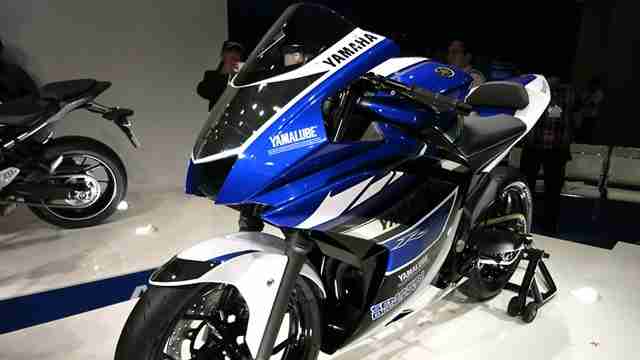 We all want the same thing from Yamaha this Auto Expo 2014, the Yamaha YZF-R25 in production ready form and launched right there at a yummy price. But only if things were so easy, from what we have heard the Yamaha R25 will be there, but the same concept presented earlier. Another disappointment is the clash of the MotoGP testing days with the Auto Expo 2014, otherwise for sure knowing Yamaha we could have seen either Valentino Rossi or Jorge Lorenzo or both at the Yamaha stall. Now moving away from our hopes and expectations, what we an really expect to see at the Auto Expo 2014 is the new scooter from Yamaha, the ‘male’ oriented more bulky and bigger one that we have been hearing so much of in recent times. 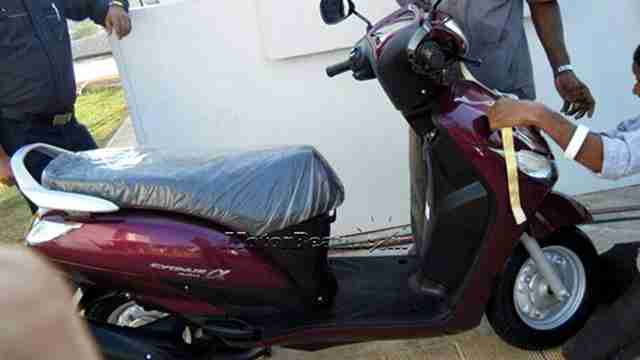 We were lucky enough that the guys at MotorBeam got a glimpse of the scooter well ahead of its launch. As expected it looks a lot like the existing players in the segment. From the stickers on the scooter it looks like this new scooter from Yamaha that will be launched at the Auto Expo 2014 would be called the “Yamaha Cygnus Alpha”. Although the scooter looks different from any existing Yamaha scooter, we expect the platform to be the same as that of the Yamaha Ray. So, no 125cc engine just yet, the 110cc engine will mostly be in operation on the Cygnus Alpha. Apart from this nothing much else is expected from Yamaha, although there is a possibility of a new fuel injected Yamaha FZ that we have been hearing of recently. Now that would be interesting, since the FZ although a good fun motorcycle is already kind of expensive and FI unit will only push prices higher. Anyways whatever Yamaha brings to the Auto Expo 2014 you know where to find the latest, right here on IAMABIKER.