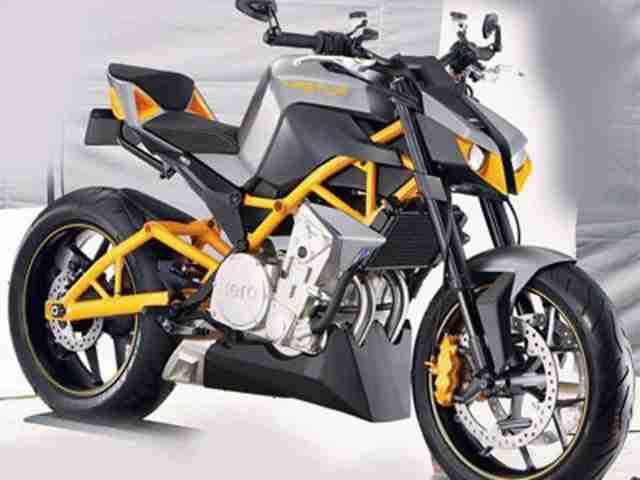 When Hero MotoCorp unveiled its new 250 the HX250R along with the RNT – a liquid cooled Turbo-Charged diesel concept bike, the Leap – India’s first Hybrid scooter and a new 110cc scooter called the Dash last week. All of us wondered what else will the company present at the Auto Expo 2014. During the launch Mr. Pawan Munjal said “There’s more to come – a slew of products, including new Concepts which you will get to see at the Delhi Motor Show in February.” But to be honest we did not read much into this, we expected it be some new low capacity bike or another electric concept. But then today we got a shocker of a news! Hero MotoCorp is all to unveil its 600cc concept bike code named the ‘Hastur’. Wow! Where did that come from, way to go Hero MotoCorp!

Now coming to the Hastur concept, obviously a naked, looks nice and fast. The engine shown is an in-line/parallel twin and combine that with the yellow trellis frame, the bug eyed headlights and the underbelly exhaust we just cant wait to check it out. Obviously the Hastur concept is the result of some good team work from EBR and Hero. Stay tuned to IAMABIKER as Hero has also promised couple more launches at the Auto Expo 2014. Glad to see the country’s top manufacturer taking the fight on to the worlds best.