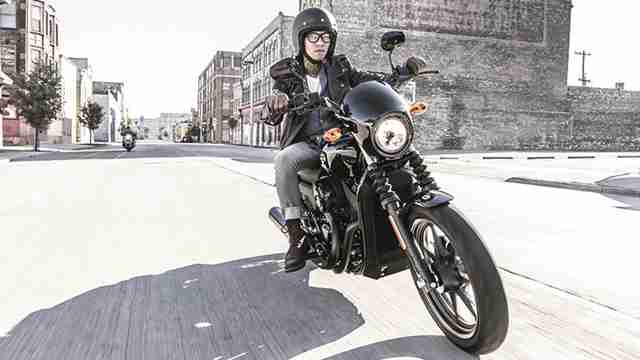 This Auto Expo 2014, Harley Davidson is all set to reveal the prices and officially launch the Harley Street 750 in India. We all already know what the bike looks like and in fact the bike has been all around the country and was even at the recently concluded India Bike Week. The Harley Street 750 has already been launched internationally and comes at a price of about 5 lakhs. Now considering that this motorcycle will be made in India, expect a very competitive price for this Harley, somewhere along the 4 to 4.5 lakh range. At that pricing its going to be the cheapest Harley in India and we expect it to roll out of the showrooms by the dime and dozen. What is interesting to note is that the bikes made in India will be exported to Portugal, Spain and Italy, while the bikes for the US, Canadian and the Mexican market will be made at Kansas city. The engine on the Harley Street 750 is expected to produce 47 HP and 60 Nm of torque. Apart from the Harley Street 750, we expect Harley to announce 2014 models of the existing line up at the Auto Expo 2014. Stay tuned to IAMABIKER for live updates from the Auto Expo 2014 from all the motorcycle manufacturers.