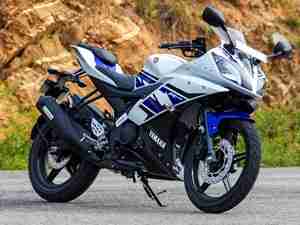 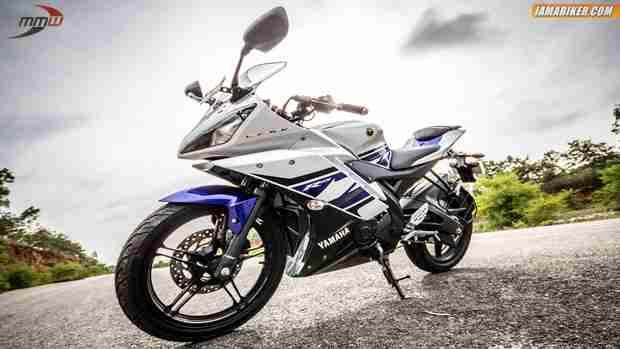 The Yamaha YZF R15 set the benchmarks quite high when it was launched back in 2008. Although it was a marvel on two wheels which was near perfection, customers wanted more. Power you might ask? Not really, on priority was a better tail section but most importantly the demand was for a better profile for the tyres, and by better profile we mean bigger fatter tyres to complete the big bike look. What’s really brilliant is that Yamaha took all the feedback seriously, and did it so ever so neatly. Out the came the R15 V2 with a redesigned tail section, bigger profile tyres, new swing arm, alloys and slightly better aerodynamics. The V2 has been around quite some time and right after the launch we had done the R15 V1 vs V2 comparison. This time around all the attention goes to the Yamaha YZF R15 V2 in a full fledged review. 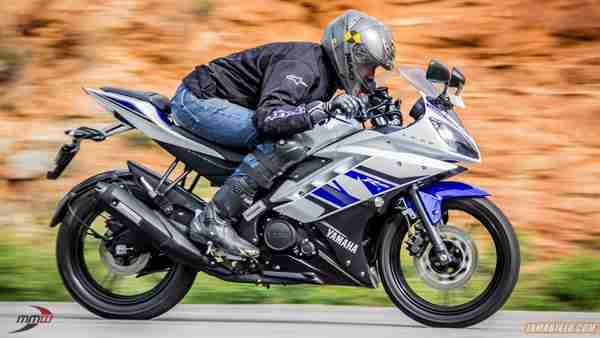 Now 17 PS might not seem much in this day and age, especially with some competitors going above and way beyond. But this short stroke 150 cc mill is probably the best out there. Its refined and very smooth. Add to the mixture the 4 valve setup with fuel injection and this engine builds rev’s so easily. The first 4 gears hit the limiter with so much ease and if you are new on the bike you will be welcomed by the rev limiter and wonder what is happening. 0 – 60 came up in 5.8 seconds and the 100 kmph came up in 15.1 seconds. The top speed we could achieve stood at 140 kmph, but its most comfortable and composed till about 120 kmph. There is however one place that all this high RPM fun taken its toll on. The older R15 had this problem more pronounced, its been taken care to some extent on the V2, and this is the low end performance. Its a bit sluggish below the 4000 RPM mark especially with a pillion and will make life in traffic a bit of a struggle, but ofcourse all is forgiven once you wring the throttle. The clutch shaft on the R15 V2 is also redesigned for better life and feel. Although it is not that evident a change we did feel the clutch a bit lighter from the older version. Now coming back to life in traffic, heat dissipation issues even with some prolonged riding in traffic was minimal and the fan kicked in keeping temperatures in check on the liquid cooled engine. Fuel economy stood at 37 kmpl in the city and 41 kmpl on the highways. 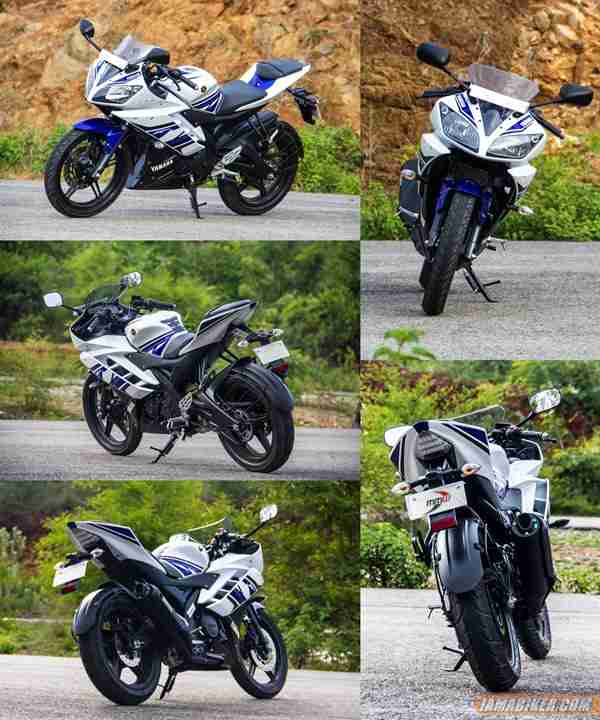 Looks is where the new R15 V2 has just annihilated competition. Its looks mean, sharp and with the redesigned tail with the split seats, chunky swingarm and the broader tyres, the R15 V2 looks very proportionate. The colours from the earlier limited edition like the fiery red and the current thundering green probably are not the best ones for the R15 V2. But other colour options like the current Black, Red and the Racing blue shown here in the review do immense justice to this bikes design. The massive and gorgeous looking aluminium swing arm completes the ‘mini superbike look’ and on a quick glance at the right angles it looks like its elder siblings. Once you are on the bike the riding posture is quite sporty and you feel in control. However taller riders can get quite cramped on the bike, especially since the knees overshoot the gripping recesses on the tank. The switch gear are of very good quality and are easy to use. Plastic quality probably is the best out there and the build finish is superb. The redesigned silencer jells very well with the bike but probably the first thing that you ought to get changed is the saree guard and the extra mud flap. Check out some Yamaha R15 V2 wallpapers here and a detailed part by part photo gallery here. 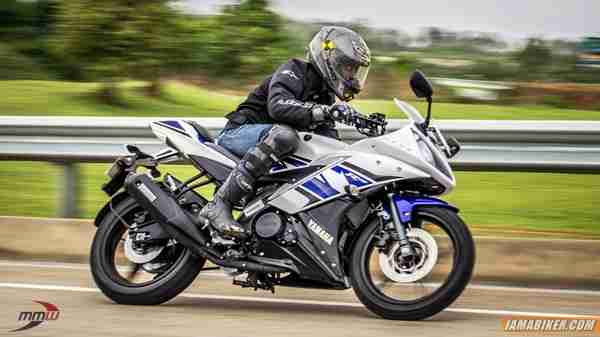 Handling has always been the forte of the Yamaha R15. The V2 gets a slightly longer wheelbase and couple that with the wider tyres, you now have a bike that is very stable at the top end. Although we must say that the previous version had a more psychological instability due to its skinnier tyres, as it was also very planted with its sticky tyres. With the longer wheelbase you would think that it has effected the flick-ability of the R15, but it handles just as well and it still is ever so easy to change directions on. Once you are on the bike and riding along its a nice feeling as you are more part of the machine than just sitting on it, the rider and the bike are now a single unit. We pushed it around at some of our usual spots for hours taking turns on the bike and every one of us were quite impressed with how confidence inspiring the R15 is. It just makes you rewrite your limits and is ever so forgiving and easy to correct. Coming to the suspension, it is on the firmer side and an outright attack on your lower back if you maintain any sort of speed through bad roads. On the flip side it gives you amazing feed back while pushing the bike to its and your limits.

Coming to the braking department things are very tidy and sharp at the front and you know that exactly is going on, but the rear brake is a little low on the feedback and by mistake you do tend to go a bit hard on it searching for that feel and end up locking it till you get used to it. But the front makes up for all that, stops you in a jiffy and the rear comes into play just for support and mostly just to manage the front nose dive on braking (which by the way is not much) by going on it brakes ever so lightly. 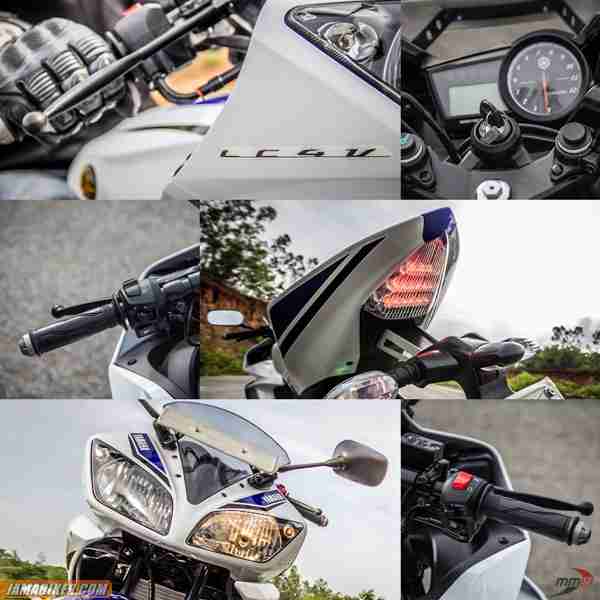 The Yamaha R15 V2 is loaded with all that you need but not with all that you want. The instrument console is all digital except for the tachometer and comes with white backlit LCD which has two trip meters, a meter that shows how much you have run on reserve, an analogue tachometer and the other usuals but misses out on a clock. The underseat storage area is barely enough for your bike documents if you fancy keeping them there. LED tail lights are super bright and we just love them, but the headlights seem inadequate and makes you wish you had better illumination. There is a whole array of sensors that monitor the bike and keeps it in safe running condition. The second floor pillion seat is probably the only let down especially if you have a taller pillion, a side effect of the beautiful looking tail section. 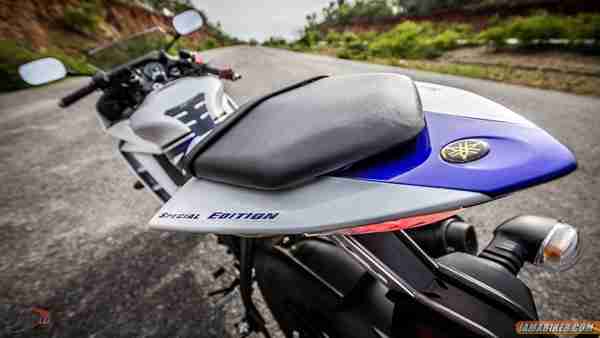 With the ex-showroom price in Delhi at INR 1.14L, yes the R15 V2 is among the costliest in its segment. The superior Yamaha quality also means slightly more pricey spares for the machine than its competitors and combine that with an average fuel economy of about 38kmpl, logically the R15 might not seem that much value for money. But logic steps aside when the heart speaks and the R15 V2 value for money in a whole different way. 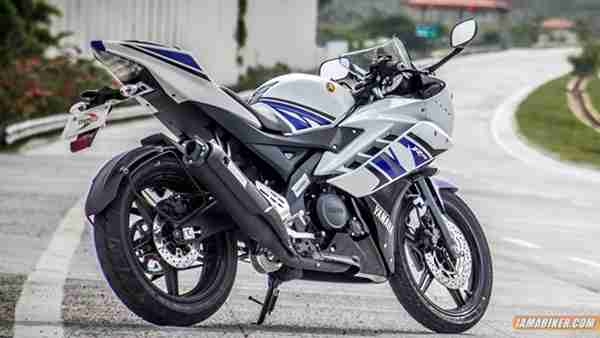 The Yamaha R15 V2 like we said earlier is one for the heart. It is so near perfection that you almost cannot find fault with it. The R15 V2 is a bike that you can just fall in love with instantly. Its looks gorgeous, performs great and handles even better. It does come with some practicality issues and you just wish it had some more power. Then again the R15 will always remain special, it came in and proved that you really do not need oodles of power to have fun, while at the same time it showed that a 150 cc can provide you with the thrills aswell. 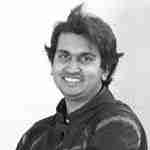 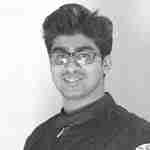