Last year at the Intermot Yamaha showcased its future plans by unveiling a triple cylinder engine that was essentially going to be its future. A variant of this engine has already been introduced into the market through the recently launched Yamaha MT-09. Now adding a bit of suspense to the already existing massive rumours of a Yamaha middle weight on the lines of the Honda CBR500 trio, comes the presentation of a new engine from Yamaha, a parallel twin.

There is no word on the capacity of the engine, but we expect it to be in the 300 to 500 cc range. Going by the recent trend followed by motorcycle manufacturers this engine could be a base for many a platform of motorcycles in the street and enduro trim’s. The last time we had talked to a Yamaha official in Chennai we were told that the Yamaha 250 plans were slightly delayed as they were chalking out possibilities of a naked 250 as well. If you remember we had reported earlier confirmed news from the India Yamaha Motor CEO Hiroyuki Suzuki about the Yamaha 250. Mr Hiroyuki went on to say that the 250 is being developed in India to keep prices competitive. Now amongst all this where does this new parallel twin lie? Similar product placement as the CBR series of Honda, we expect. A 250 and then the 400 – 500 cc range. A lot is expected from Yamaha at the upcoming motorcycle show in November, the EICMA. Fingers crossed. 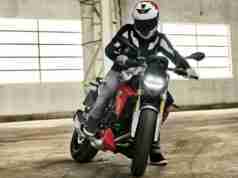 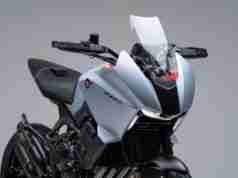 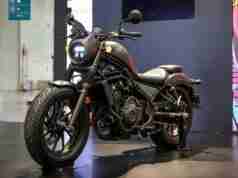