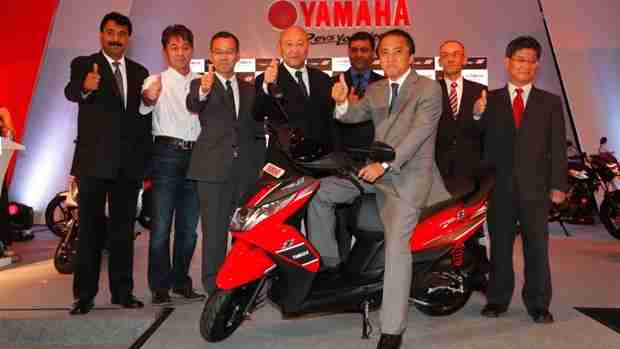 Yamaha Motor India Sales Pvt. Ltd. announced the launch of its second scooter offering for the Indian market “RAY Z” in Goa today. This model is developed to target young male users in the age group of 16-22 years with its concept of “Aggressive Sporty Design.” It keeps the same basic performance of the “RAY” model released in September 2012 while giving it a sporty look and feel with a smoked-finish visor for a motorcycle-like image, aluminum rear wing-shaped tandem rider grab-bars, a new instrument panel with a carbon fiber patterned background, a carbon fiber patterned seat cover material, and dynamic coloring and graphics. The new model adopts the same air-cooled 4-stroke 113cc engine with CVT (Continuous variable transmission) that delivers smooth start-up acceleration and good pickup along with great fuel economy.

India’s motorcycle market surpassed China’s in 2012 to become the world’s largest with an annual demand of approximately 14 million units (SIAM data), with a more rapid expansion witnessed in the scooter category in recent years. Partly in response to the growth in demand for scooters from an increasing number of women turning to them for personal mobility in India today, Yamaha developed the RAY to target young women. Since its release last year, its signature compact size and ease of use has made the RAY quite popular, resulting in sales of about 70,000 units as of the end of April 2013. In India, where market growth is expected to continue, the release of the new RAY Z specifically targeting male users gives Yamaha a stronger scooter lineup to expand and increase sales.

The occasion was marked by Mr. Hiroyuki Yanagi, President and CEO, Yamaha Motor Co., Japan who took the opportunity to announce and explain the new brand slogan “Revs your Heart”. Yamaha’s new brand statement “Empowered by a passion for innovation, we create exceptional value and experiences that enrich the lives of our customers.” defines the commitment behind this new slogan. 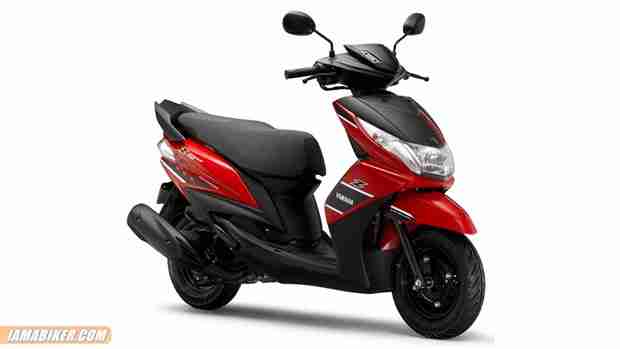 Explaining the concept further, Mr. Yanagi said, “With this new brand slogan and brand statement as a guide, the entire Yamaha Motor Group will work together to make advancements in craftsmanship and marketing that are uniquely Yamaha, and provide Kando (simultaneous feelings of deep satisfaction and intense excitement) that exceeds the expectations of our customers across the globe.”

The company also took the opportunity to introduce two new model variations in the Yamaha SZ sport model series named the “SZ-RR” and “SZ-S.” The SZ-RR is defined by the sporty styling and look of quality in its exterior design with special features like its smoked windscreen, aluminum grab-bars and 3D “SZ” emblem. The SZ-S features a simpler design in the fuel tank that creates a calmer, more composed impression that will also be appreciated by all members of a family. 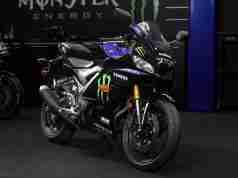