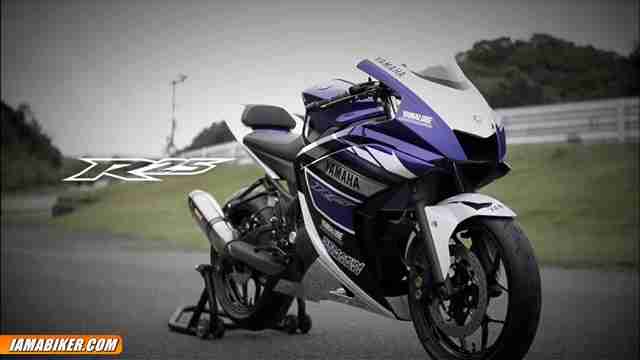 The wait has just been excruciating, but now we have the first ever glimpse of the Yamaha R25, it exists, atleast in prototype form and approved by none other than Valentino Rossi. Suddenly we now have a form to the bike that has been on the wishlist of many for the better part of 4 years. No details on the specifications or in fact any other details, all we have for now is the video and the snapshots. We saw elsewhere the term “experimental machine” being used to describe the machine we have here. The production version for sure is not far. Look closely and there are design remnants from the existing R15, not much, but definitely there. Also look at the photo closely and you can make out that its not a single cylinder, Yes! it a twin and what that means is that, its going to be a gem of an engine, one that takes the fight directly to the Ninja 250/300 and the KTM 390. For sure Yamaha are aiming for nothing short of the 250/300 cc segment throne. Watch this space, details are still being unveiled at the Tokyo Motor Show and we will bring you the latest as it happens. Watch the video below. The world is a better place again.