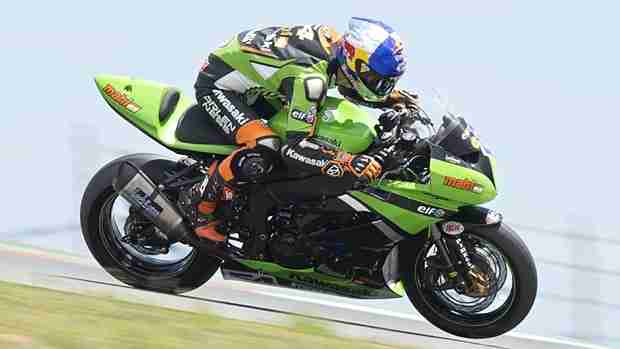 After the tragic events that led to the passing of Andrea Antonelli at the previous round in Russia, and which eventually brought about the cancellation of the WSS race as a mark of respect to him, the championship now enters the ninth round – although only seven races have been completed so far. Including Silverstone there are now six rounds of the WSS series left to run in 2013.

Sofuoglu was the most recent race winner in the championship, at Imola in late June, while Foret is out to try and win his first race since the second round of the year, Motorland Aragon in Spain. Due to rider injuries there are still some final decisions to be made in terms of some supported Kawasaki teams’ final line-ups in WSS. David Salom (Kawasaki Intermoto Ponyexpres) has passed a fitness test in time to take his normal place in his team alongside Luca Scassa (Kawasaki Intermoto Ponyexpres). British rider Kevin Coghlan (Kawasaki DMC-Lorenzini) will take his regular spot in the WSS race line-up too.

“I like the Silverstone track and I think it should be a positive round for us. I just hope for good weather in the UK because right now my bike is very strong and everything feels good with it. I just want to get to Silverstone and take the best result possible. I also hope we can improve our set-up again and keep going in a good direction.”

“I am looking forward to riding at the great track of Silverstone again this weekend. There is no more pressure than usual but I do need to be back to the top of the time sheets and fight for the win. This should be one of the good tracks for me. We can try to put some pressure on the championship leader and try to get closer to the lead in the championship. I will be out to hit a good target this weekend.”