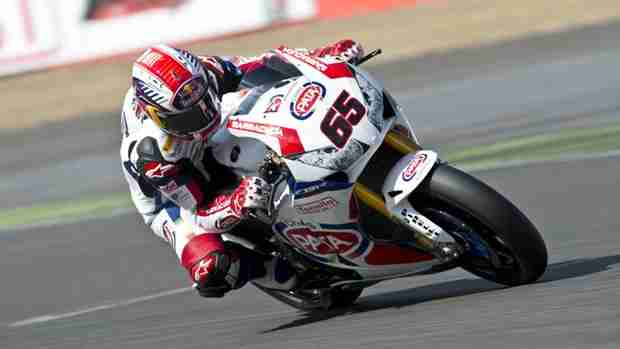 It was a day of mixed conditions at the 5.902km Silverstone circuit, with race one delayed by 20 minutes and shortened by one lap, but starting dry. A Sunday not for the faint of heart closed out the Silverstone weekend. The two Superbike races were both held under the same difficult conditions: dry asphalt but light rain in some parts of the track. This was a mix that demanded an added dose of cool headedness for the riders and teams. As light rain began to fall on lap six, however, 26-year-old Rea moved to the front and extended his lead to more than six seconds before easing off in the closing two laps. Rea got a slow start to race two, circulating in ninth place before making a steady climb towards another podium challenge. Loris joined the race winners’ list in 2013 with a strong start-to-finish performance in race two that made up for what he saw was losing a sure podium finish in the opening race. He eventually finished fifth in the first race of the day, also held in ever-changing conditions. The second race, led in the early dry stages by Loris for almost ten laps, was a strong early showing for both KRT riders, until the rains re-appeared and championship challenger Sykes slowed his pace to make sure he could finish the race and score points in both contests.

Eugene Laverty, who started from pole position, managed the tension well in the first race and after a cautious first portion he pushed hard in the final laps to cross the finish line in second place. In Race 2, on the other hand, six of the riders waged a furious battle with positions changing back and forth and a great show for the fans. Once again, Eugene’s strategy allowed him to get the most out of his ride without taking any pointless risks. The third step of the podium also earned him third place in the overall rider standings, which might even have turned into something more until Race Direction decided to red flag the competition two laps from the end.

“Race one was probably one of the sweetest victories of my career because to ride out-front in those conditions was quite scary. I was so happy for the whole team and our sponsors, but I had to be very cautious. I also had to be smart and, as I saw the gap heading into the last few laps, I didn’t want to be throwing away that kind of lead. My team gave me a great bike after we pulled something out for Superpole that worked in the dry. We made a good change for race two and got up to fourth after I got stuck behind Tom Sykes for a few laps. I lost way too much time at the beginning but I was happy to do a 2 m 05 s lap in the later stages. The race two result was OK but we can go into the summer break happy enough that we’ve got an overall package that can challenge for podiums.” 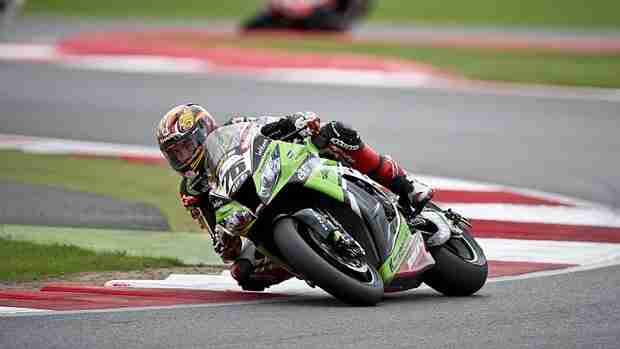 “After race one I was really disappointed because I was fighting for the podium but maybe I was thinking too much about this and made a lot of mistakes, so I finished fifth. In race two I said to myself, “OK, this one is mine.” In the first part of the race, even in the dry, I had good pace and I pushed at the front. I tried to control the pace from the front but there were some fast people behind me and it was difficult to go away. Every time somebody tried to pass me I passed them back and at the end the conditions were really wet and I nearly fell. I want to say thanks my team because they are making a really good job with this bike for not just Tom or me but for both riders. Now I feel really comfortable. I also want to dedicate this victory to Andrea Antonelli’s family.” 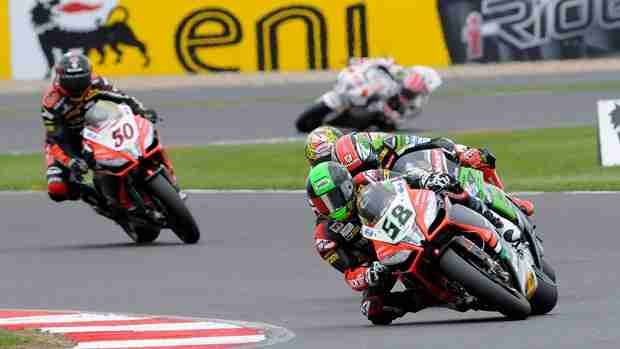 “These were two really difficult races but I’m happy with a double podium after the ups and downs in Moscow. The riders in front of me took on a tricky track bravely and maybe in Race 2 I could have aimed for a bit of a better result since I was quite fast on the dry asphalt. In any case I want to compliment Race Direction. The decisions made today were perfect despite the difficulties and the riders were involved in discussions that were helpful in handling as best as possible a delicate situation like the one we had today”.