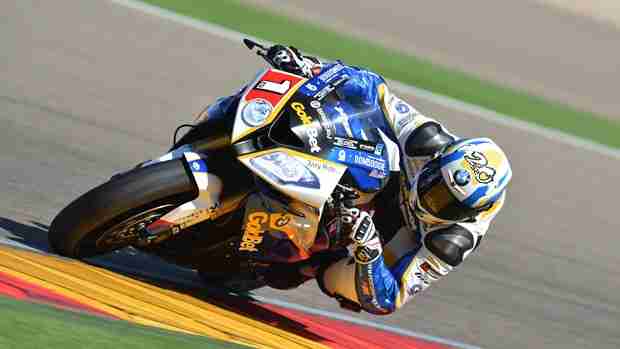 Aprilia, who won the 2012 championship with now retired Italian veteran Max Biaggi, made a dream start to the 2013 campaign when they won both races at Phillip Island in Australia. Eugene Laverty and Sylvain Guintoli shared the victories between them, while Michel Fabrizio secured a podium on the satellite Red Devils Roma machine. Rivals will now be desperate to ensure the championship battle will not be exclusively fought out between Irishman Laverty and his French team-mate, in a repeat of the dominance enjoyed by Biaggi when he won the 2010 title. But Dall’Igna believes the team are well-placed to continue their fine start to the year, especially after a successful test at this weekend’s venue, Motorland AragÃ³n. “We certainly got off on the right foot at Phillip Island with results that provide us with confirmation of the good job we did over the winter break,” he said. “However, in the racing world, if you snooze you lose, especially if you base everything on a single, albeit excellent, result.” “We are fully aware that not every weekend will be like the one in Australia, so we will keep working on the RSV4 and testing new solutions that will allow us to gain precious tenths of a second,” he added. “These tests are also important for the riders. A long break between the first and second round could lead to a drop in tension.” “I must say that Eugene and Sylvain are two great professionals. They are very skilled at enhancing and developing the work done by our engineers and mechanics. The work done at AragÃ³n is an excellent calling card for the rest of the season.”

Kawasaki’s Tom Sykes, who came so close to securing championship glory last season, is the top non-Aprilia in the standings, and managed to set the quickest time in testing at AragÃ³n. The Briton feels he is almost back to full fitness after his pre-season crash in Australia. He said: “I think that my wrist is about 80 per cent and my ribs are 98 per cent back to normal, so that was good. I was able to ride the bike again without too many limitations.”