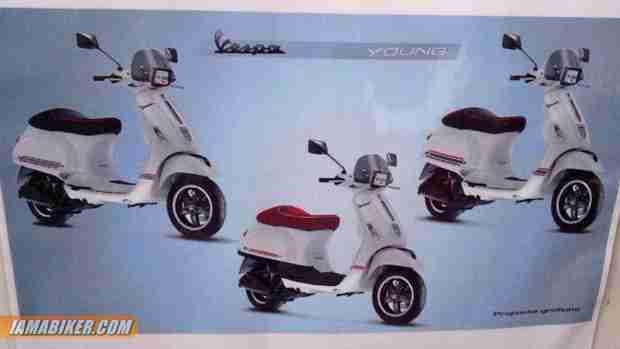 Lets just say we had someone at the right place at the right time, add to that some acrobatic use of the mobile camera has got us a glimpse of what could be the next Vespa scooter for the Indian market. The model in question here is the Vespa S / Vespa Sport and is internationally available in two engine options a 50cc one and a 150cc one. We might mostly get it with the same 125cc engine on the Vespa LX 125 and miss out on some of the options like the front disc brake to keep the costs competitive. There is an off chance that we might see the 150cc engine, as earlier reports suggested Piaggio seems to have plans to bring in the 150cc Typhoon to India as well. As of now the launch is still at-least couple of months away and this time around we hope Vespa get the pricing right.