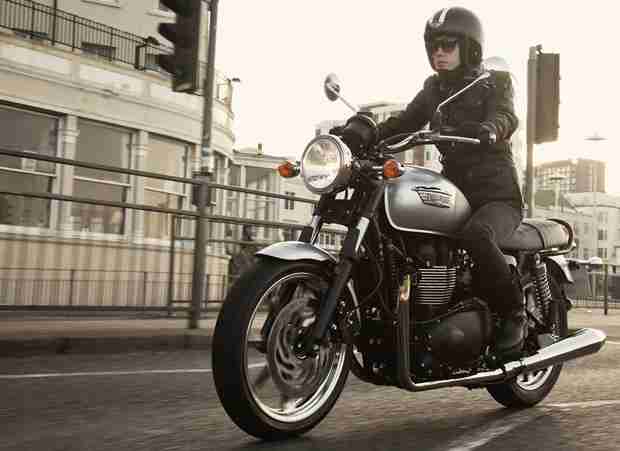 Triumph joins in amongst the many manufactures that are slowly unveiling their 2014 model range. The first set of updates for 2014 are for the Classic range from Triumph, namely the Bonnevilles, Thruxton and Scrambler. These get new eye catching colour schemes, improved tonal characteristics and an even better riding experience, for its legendary classics range.

The 17” cast front wheeled Triumph Bonneville sports the lowest seat height in Triumphs classics range at just 740mm. The easy riding ergonomics assert the bike’s credentials as an ideal city bike thanks to its fusion of effortless manoeuvrability and retro good looks.

With an ever growing following among young, discerning riders, the Bonneville fuses style and substance, with its distinctive 865cc twin engine giving more than enough power on both urban and open roads. The new bike also boasts redesigned silencers, providing an even more satisfying sound. Visually, the classic Bonneville’s fuel tank decal is upgraded to a distinctive badge, while the model now comes in Phantom Black, Lunar Silver or Crystal White/Sapphire Blue. The engine barrel block and cylinder head features new machined cooling fin detail to accentuate the classic British twin engine, while the oil cooler lines are minimised through the use of a solid black treatment. The Bonneville’s new seat design consists of twin contrasting vinyl and an improved filler material for even better comfort. A black grab rail is also fitted as standard on the updated bike.

With a nod to its sixties heritage, the new T100 has a new Crystal White and Aurum Gold paint scheme, inspired by the 1964 Bonneville, with the stylised colour split continuing across the front and rear mudguards. Like the Bonneville, the T100 also gets the throaty exhaust treatment with an improved aural delivery alongside the same machined detailing on the cylinder head cooling fins. A chrome grab rail and chain guard as standard add a classy finishing touch. In addition to the 1964 inspired gold and white paint scheme, the new Bonneville T100 continues to be available in Jet Black/Cranberry Red. 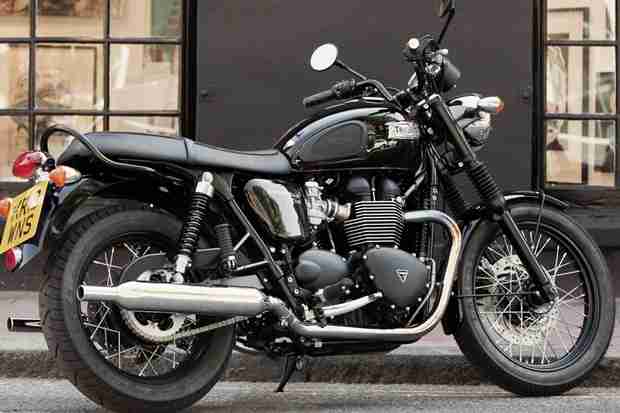 For a mean and moody look, Triumph also offers the T100 in a striking black colour scheme, which is made even more distinctive with the addition of black-finished wheel rims, hubs, handlebars, RSU springs, mudguard stays, mirrors and grab rail. The new bike also enjoys a more compelling voice, thanks to its revised silencer, while the machined detail on the cooling fins is offset beautifully by the black engine finish. Naturally there’s just one colour choice – Jet Black. 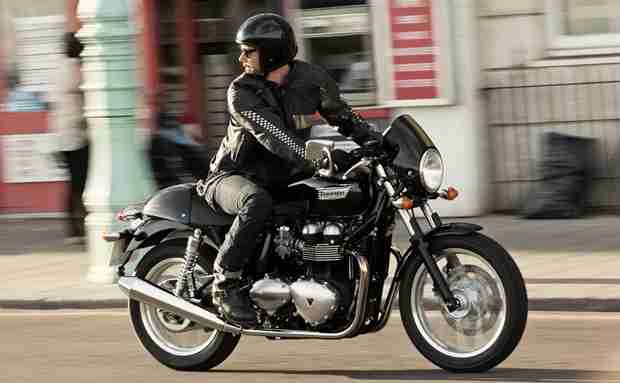 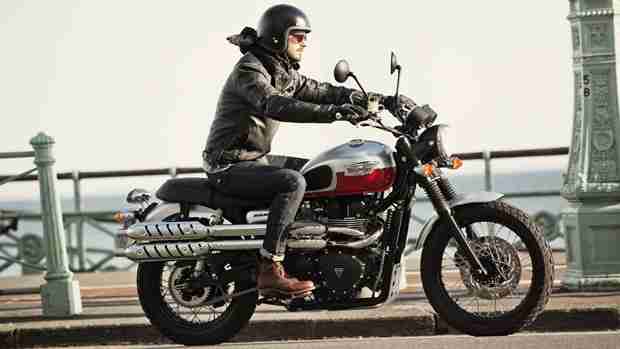 As with other models in the classics range, the Scrambler gets the ‘back to black’ treatment on the oil cooler lines, handlebars, wheel rims and hubs, plus the rear master cylinder reservoir cover. A new seat design adds to the relaxed attitude. Additional finishing touches include a clear anodised bash plate and Triumph embossed logo on the rear of the seat. Two brand new colour schemes are available — a simply stunning Matt Pacific Blue and a striking Lunar Silver/Diablo Red combination.