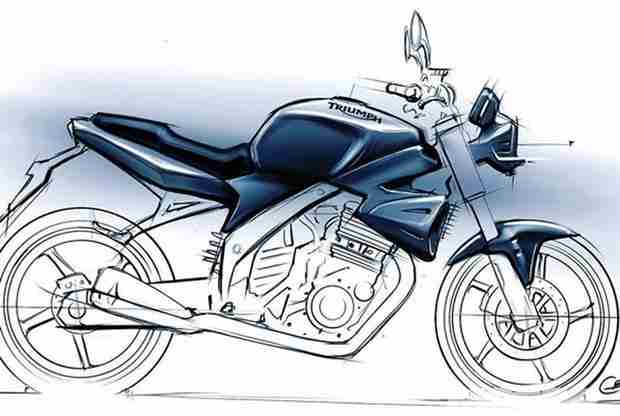 The talk about Triumph’s lower capacity model for Asia began back in July, 2011, when sketches of the alleged lower capacity model based on the Street Triple first surfaced on the internet. After that a lot has happened over at Triumph Motorcycles, its big India foray announcement and in the last couple of months announcement of its 2013 models, with a couple of more in the pipeline to name a few. So it came as no surprise when talks of the lower capacity model surfaced again on the internet. Initial reports suggested a single cylinder engine with a capacity in the region of 300cc, but new information now suggest a twin cylinder in the 250cc region. The motorcycle production will begin only in 2014 and would happen only once Triumph has its facility in India ready and fully functional.

The model which will look a lot like the existing Street Triple would ideally have a power output in the vicinity of 30-34HP and would be an classy option for a daily use motorcycle. The production being in India would indicate a very competitive pricing for this lower capacity Triumph, here is hoping to see Triumph begin its operations soon in India.