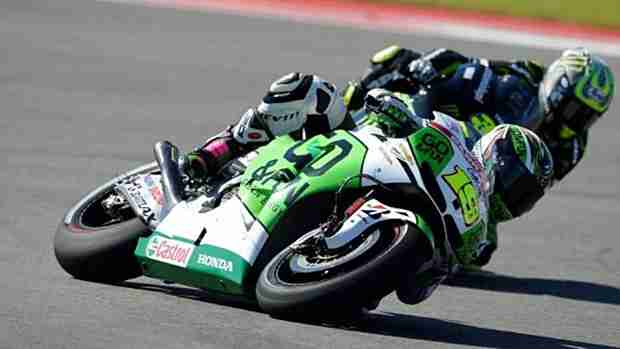 Team GO&FUN Honda Gresini rider Alvaro Bautista is ready to do battle in the inaugural Grand Prix of the Americas tomorrow despite narrowly missing out on a second row start by just a couple of tenths today. The Spaniard made some changes to the setting of his Honda RC213V that gave him more confidence to push and now he is looking forward to going on the attack in the race. His teammate Bryan Staring has struggled all weekend to get to grips with a new track in just his second appearance in MotoGP but the Australian’s cause wasn’t helped today by a collision with another rider at a crucial moment in qualifying.

“In terms of the lap time we are a long way from pole position but we are quite close to the front row and we have done a good job this afternoon to make the right changes to the setting. We decided to use the hard tyre this afternoon and the bike felt completely different, I had more confidence with it even after a lot of laps. My first run in qualifying was quite good but then on my second one I got held up by a bunch of riders looking for a tow and missed out on the chance to move up to the second row, which I think I could have done. The important thing is that we are working well and we have a good feeling with the bike for the race tomorrow. The front three are out of reach but I think we can fight for fourth if we can get a good start and push.”

“I’m not happy because I still haven’t worked out the fastest way around this incredible track. I don’t have the right line and speed through the corners and we’re struggling. At the end we also got taken out by Karel Abraham so that didn’t help but tomorrow we’ll try to get a good start and finish with a respectable result.”

“It is a shame Alvaro couldn’t make it onto the second row of the grid because it was within his reach today. He missed his chance to set a fast lap but we’re still happy because he likes the current setting of the bike and I am sure he can have a good race with it. The only worry is the start because it won’t be easy from the third row but I am confident that Alvaro can get a good result.”