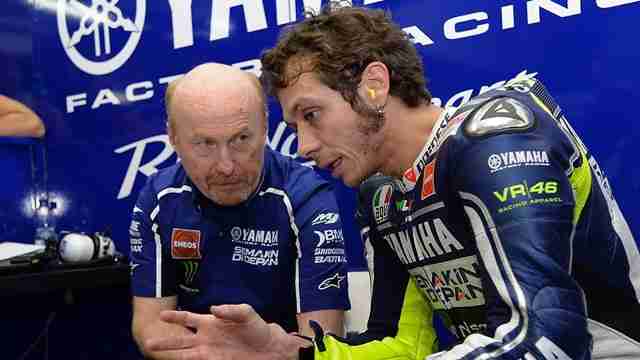 Yamaha Factory Racing can confirm that Silvano Galbusera will join the Team from today in the position of Crew Chief for rider Valentino Rossi for the 2014 MotoGP season. The appointment follows the announcement that Jeremy Burgess would no longer continue with Team following the Valencia Grand Prix weekend. Silvano began his career in motorcycle racing in 1979 with Gilera, spending 14 years working on both road racing in the 250cc world championship with riders such as Alessandro Gramigni and Paolo Casoli and also worked off road on African Rallies such as the Paris-Dakar with Michele Rinaldi. He then moved to Cagiva in 1994 and worked in the 500cc world championship with John Kocinski.

The following year saw Silvano arrive in the Yamaha family where he remained until 2011. During his time there he worked as both a Crew Chief and Technical Director in World Superbike and World Supersport, guiding riders including Troy Corser, Noriyuki Haga, Cal Crutchlow and Ben Spies to multiple race wins and of course the 2009 World Superbike Championship title. For 2012 and 2013 Silvano worked with Italian Marco Melandri in BMW’s World Superbike team.

“It’s nice to welcome Silvano back to the Yamaha family. Having worked with him personally for ten years I have the utmost respect for his skill and technical expertise. For sure he will need some time to adjust to MotoGP but I have no doubt that he has the capability to successfully lead Valentino’s crew into and through the 2014 season. It has been a pleasure to work with Jeremy over this last season. On behalf of Yamaha I would like to say we are indebted to him for the huge number of successes and invaluable knowledge he has contributed to Yamaha.”

“I’d like to thank Yamaha and Valentino for this great opportunity to work close to such a multi titled, high level champion. I’m happy to be back in the Yamaha family and to have an opportunity in such a successful team that is always at the top.”