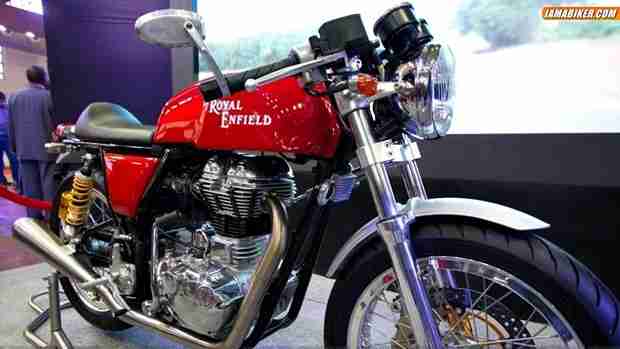 The Royal Enfield has a 535 cc engine a new light weight double cradle chassis that has been developed in the UK. The engine also gets a reworked lighter flywheel that ensures lesser load on the crank and an slightly better evened out power delivery, this is in addition to the remapped ECU. What all this translates to is a bike that is lighter by about 15 kgs compared to the Thunderbird 500 and produces a higher number of horses, expected to be around the 34 HP mark. The RE Continental GT concept shown at the Auto Expo 2012 came with Ohlin suspensions, Brembo brakes and couple of other premium touches, but the production version will mostly come with the more affordable parts like the Paioli shocks, Pirelli tyres, discs brakes at both ends and clip-on handle bars, the Brembo’s might be replaced with the Bybre’s (A sub-brand of Brembo). Even with all the cost cutting the Royal Enfield Continental GT is expected to be priced at around 2.5L INR.