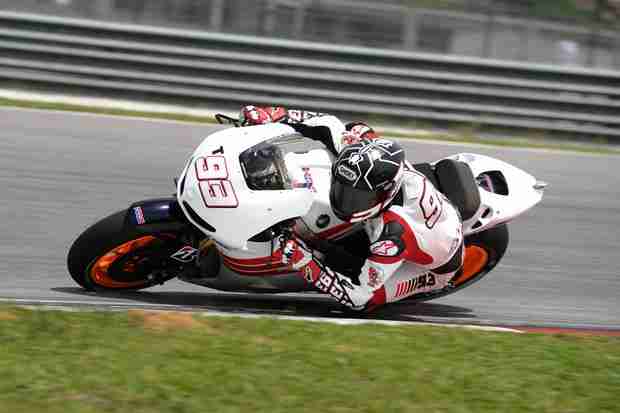 Dani Pedrosa and Marc MÃ¡rquez will be unveiling the new Honda RC213V livery, with which they will compete in the premier class in 2013, in a presentation to be held on January 24th at 11am. The official Repsol Honda Team presentation will take place at Campus Repsol, the commercial headquarters of the energy company, located in Madrid (Calle MÃ©ndez Ãlvaro, 44).

For almost two decades, the Repsol Honda Team has been an icon in motorsport. For the first time ever, this year sees the most powerful team in MotoGP fielding two Spanish stars: Three-time World Champion and reigning MotoGP runner-up, Dani Pedrosa, and reigning Moto2 World Champion and 2010 125cc titlist, Marc MÃ¡rquez –debuting in the premier class. During the presentation the new livery for Dani Pedrosa and Marc MÃ¡rquez’s Honda RC213V, to be used in the 18 races held in 2013, will be unveiled.