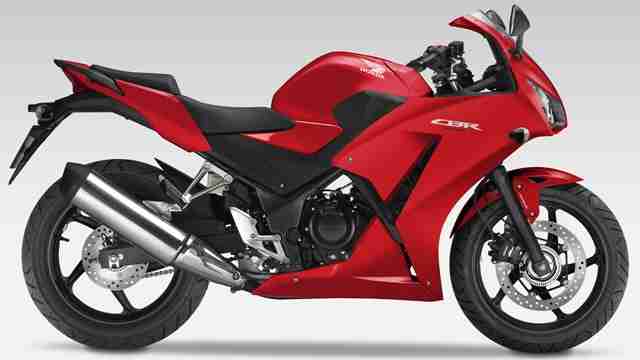 Honda finally seems to have begun to react to the quarter litre fight, although the CBR250R was a success, it still lacked a certain punch primarily because it took styling cues from the wrong Honda flagship. Now though, Honda has come out with a new CBR300R and CBR250R with design cues from the CBR1000RR, definitely a well thought of move, but something we think they should have begun with. The new machine in the mix is the CBR300R.

With a 37 cc increase in capacity, Honda have increased the power output to 30.4 HP, all the while keeping the core characteristic of being a relaxed engine that will withstand the test of time. The peak power comes in at 8500 RPM and the torque values lie at 27 Nm at 7250 RPM. The better torque figures could probably ease off the constant gear shifts needed during city riding. Another change is the slight reduction in weight, so we now have a better performing bike that weighs less, that combo never disappoints, although compared to its competition it might seem insignificant. But then Honda with its better range, proven reliability and the controlled aggression has never disappointed and the better package with hopefully not much of a price hike will surely always be a motorcycle to consider. Now no word from Honda as usual about the CBR300R launch, we still do not even know for sure if it will even come to India. Honda has chosen to remain silent and we still wait to know more about the Indian prospects of not just this and the updated new CBR250R, but also the CBR 500/400 series. Hopefully the Auto Expo next year will confirm what really comes in.