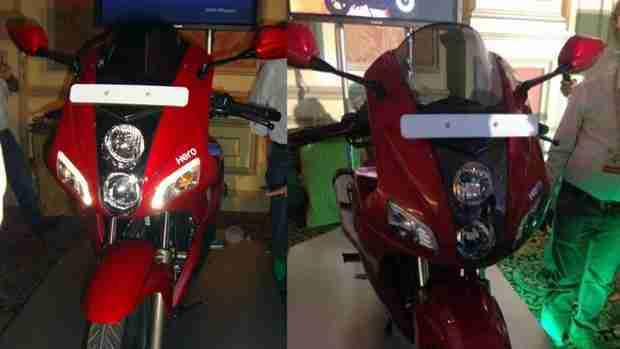 Okay lets first start with something that we know for sure. The new Karizma ZMR and the Karizma R will have the same engine with a power bump. This will not yet feature the completely new engine that Hero and EBR are working on. That will be on a completely new bike, with an expected unveiling next year, probably at the Auto Expo 2014. We also know that the bikes we see here will hit the market by next month. And finally we now have a clear idea of what the new Karizma brothers from Hero MotoCorp will look like.

Now there are not many ways to look at this situation, simply put the designs are not what the current generation of motorcycling enthusiasts are looking for. The legendary Karizma, the original one that stole our hearts almost a decade ago, although still being there under that shell of plastic abomination, may have taken a beating that it probably can never recover from. The photographs we see here are from a private presentation of the new model line up or shall we say the updated model line up from Hero MotoCorp that was held in Macau. Hero MotoCorp just crossed a massive sales number of 50 million motorcycles and almost at the same time had announced that they will adding almost 15 new and updated models for 2014, and these are the first few of the 15 to appear.

The new Hero Karizma ZMR to be honest looks slightly more proportional that the older ZMR, but still the design in so, shall we say 1995? Independently and functionally speaking the headlights may end up being very good, so will the massive turn indicators and the other many parts, but put them all together and suddenly we have an issue with proportions and the individual design elements not exactly complimenting each other. There seems to be some design inspiration from the EBR 1190RS as-well, most clearly visible in the brake lights and number plate holder.

The new Hero Karizma R actually look’s better of the two, but the fact that it is replacing something that looked so much more better is the biggest turn off. The only difference between the R and the ZMR versions seems to be in the faring, rear drum brakes and the fuel injection. We still have do not have a word on the updated power figures, but just confirmation that EBR has worked on the engines and there would be an increase in power, but surely it would not be a massive bump, probably just enough to claim a bump and to justify an increase in the price of the Karizma’s.

The new CBZ Xtreme has probably a more pleasing update. The indicators are no longer integrated to the headlight fairing, the tank see’s some minor design changes, a new instrument console and other small design changes all over. 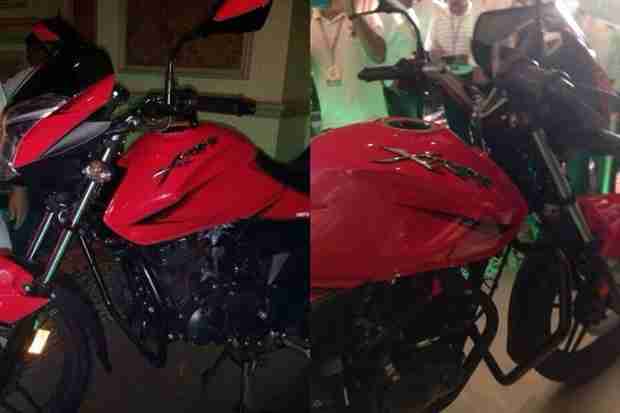 So are you happy with the new designs from Hero MotoCorp? Do let us know. In the meanwhile fingers crossed in hope that these might actually look at-least marginally better in person and have a noteworthy power bump. Also we eagerly wait for the Auto Expo 2014 to see what Hero and EBR can really come up with given the luxury of time.

No BS6 treatment for Hero Karizma